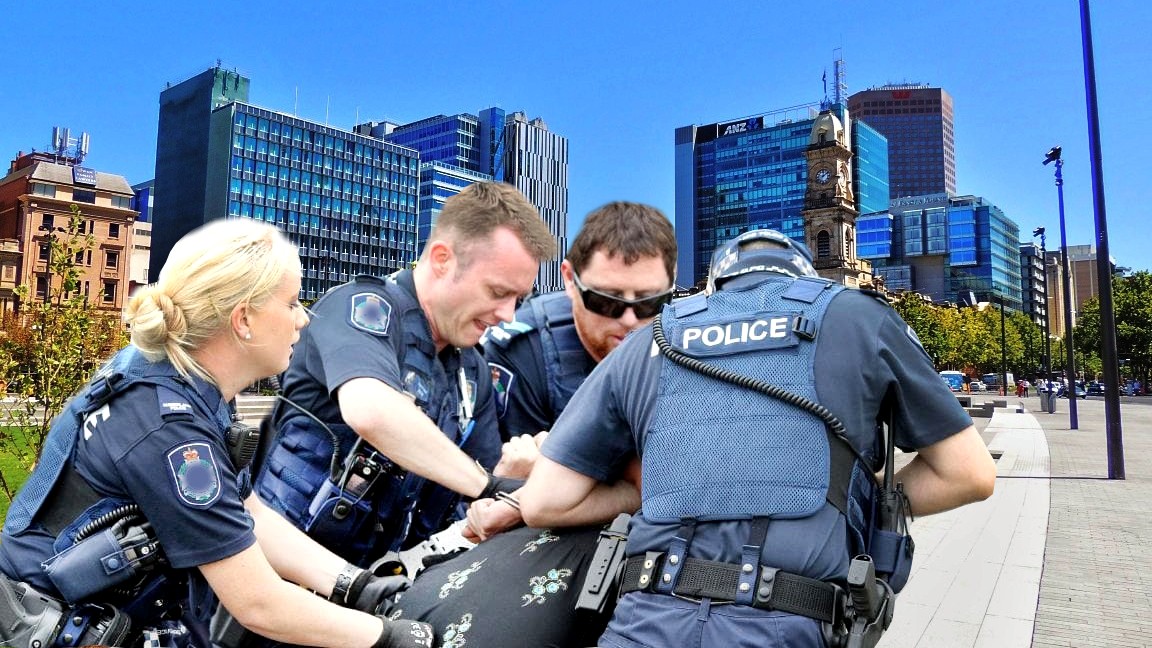 Alrighty. Strap yourselves in readers, because with a headline like that, this is surely going to be a pretty poor article, even by our standards.

With border controls becoming stricter by the day, one unlucky South Australian has found themselves stranded in Victoria Square (usually we would use “Tarntanyangga“, but we can’t really afford to make this tenuous joke even less funny) and not allowed to return home.

Melissa Bourne (who states she has no relation to 1800’s progressivist American writer and essayist Randolph Bourne, despite our reporters asking her multiple times) walked from her Wakefield Street office to Victoria Square for her lunchtime sandwich and to get away from that annoying office bitch Kath who won’t shut the hell up about her air-fryer and ugly kids.

However, upon attempting to return to her office approximately 27 minutes later, she was stopped by police on the Victorian Square border. Despite desperate pleas and providing all the correct documentation, Melissa was forced to stay in Victoria Square.

A quote to fill up space and a little easter egg for all you radio comedy nerds.

It was at this point that our reporters started writing this article had absolutely no idea where it was going to go. I mean, usually there’s some sort of general conclusion that almost makes sense, but not here.

Perhaps she then tried to come back into Adelaide illegally? Maybe there was a car chase, or perhaps she attempted to bribe someone to hide in the boot of their car? Wait, that wouldn’t make any sense, because they too would be denied entry back into Adelaide. Hmmm, okay then, how about this? She caught a tram to Melbourne Street. Get it, because Melbourne is in Victoria? That joke almost works, once again you have to ignore the whole border patrol outlined earlier, the tram goes pretty close to Melbourne Street now we think. We wouldn’t know, we only ever really use the Botanic Line to get to The Squatters Arms. We catch the O-Bahn a lot though, it’s fast and also fun, which is what you want in public transport.

Let’s see, where were we, ah yes, Melissa is still stranded in Victoria Square…we’ve got nothing. Apologies, we’ll try harder next week.