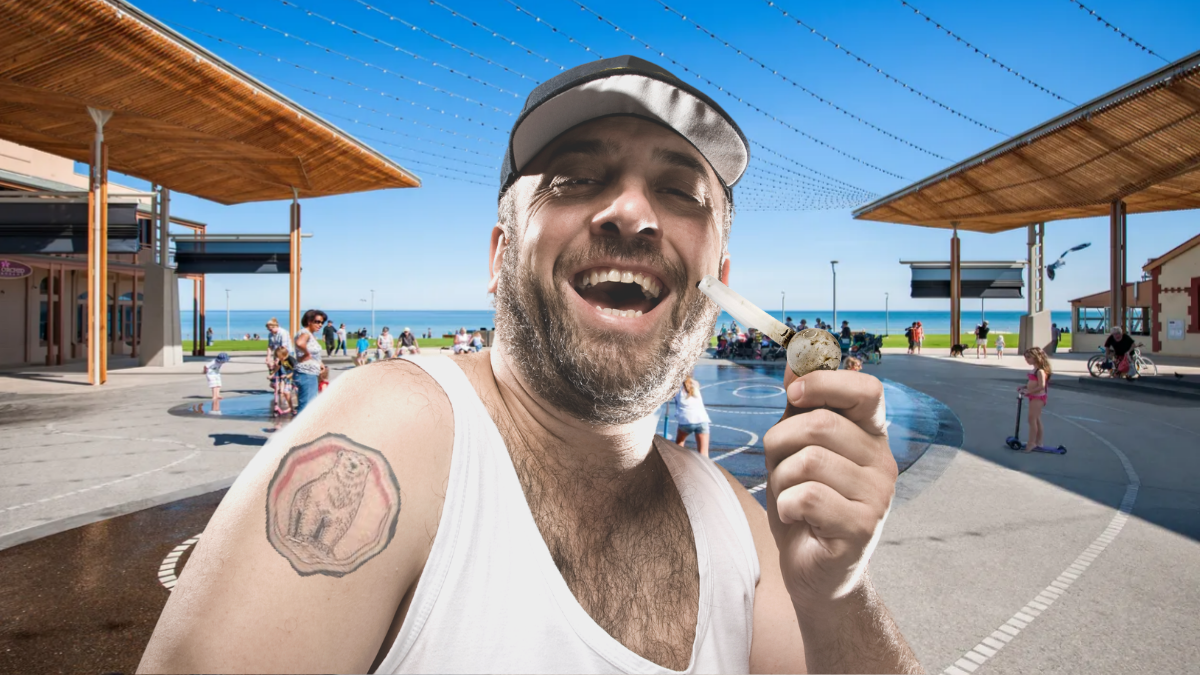 With the Clipsal Superloop Adelaide 500 VALO 500 complete and signs of warmer weather in South Australia, the State’s feral population have begun their annual migration back to Henley Beach for the summer season.

The first of the migration flocks have arrived later than previous years, much to the relief of some locals.

‘Yes, it has been quiet as of late’ said local resident Sandy Shore ‘I was hoping that some of the flocks had died off during the colder months. But last weekend showed that this year’s migration could reach plague levels by peak period’.

Naturally, Adelaide Mail reporters were on scene recently to cover the seasonal habitat resettling of many South Australians.

The first arrivals were marked by their customary burnouts on Seaview Road, obnoxiously loud bluetooth speakers on the beach, and a 4000% increase in those weird little square designer man-bag things that go over the shoulder.

Our reporters spoke with one very clearly inebriated, shirtless, shoeless and shortless man who was harassing people at the edge of the Jetty. When asked where he had migrated from, he quickly and quitely broke character and said ‘Oh no, I’m a local who lives on Sea Avenue. We just all take turns doing our part to try and keep them away. Speaking of which, aren’t you guys from the northern suburbs?’.

This led to one of those ten minute lectures explaining the differences between north and north-east that we frequently give.