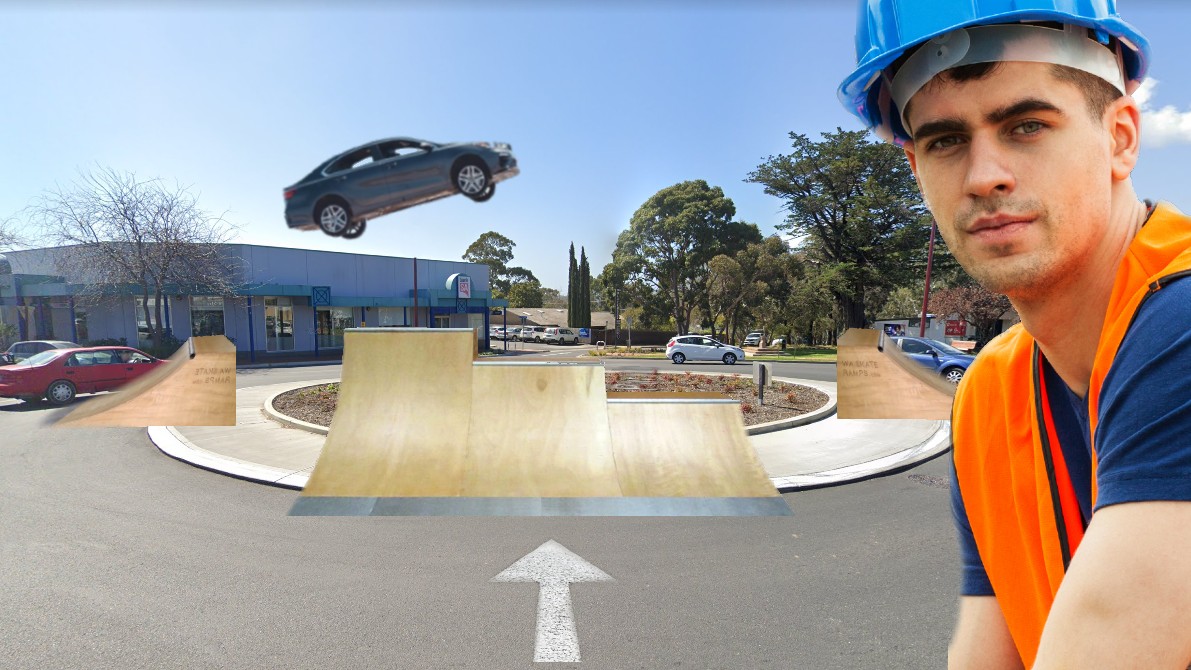 F**K IT FRIDAY: For generations road “workers” have been “working” on South Road in a quest to make some sort of improvement, a task as achievable as an Adelaide Crows 2021 premiership.

Instead of standing around doing nothing all day, earlier this morning some road workers actually decided to take some initiative to complete a task.

‘Yeah, most people like to relax on a Friday’, stated road worker Stan Darround ‘but we do pretty much nothing all week, so we change things up a bit by doing some work on Friday’.

Darround decided that Adelaide’s second most infamous roundabout needed some upgrading after its recent upgrades and got straight to it after his 90 minute morning smoko break.

‘Look, this roundabout couldn’t get much worse’, said Darround ‘so I thought, let’s at least make it fun. So we knocked up a couple of hectic ramps to avoid congestion. Simple job really, plus it only cost the government 1.8 million, so it’s a bargain’.

Blackwood motorists were keen take to the new transport initiative, with several cars getting some good airtime, and cutting their commute from Woolies to the Railway Station by a good three seconds.

‘Oh, I love it’, said Blackwood resident Edward Gladstone ‘I’ve always driven at the roundabout with my eyes closed at 70 k’s an hour anyway, as is tradition for locals round these parts, so it was a great surprise to hit the jump and avoid all of these people who clearly don’t know how to navigate it properly’.