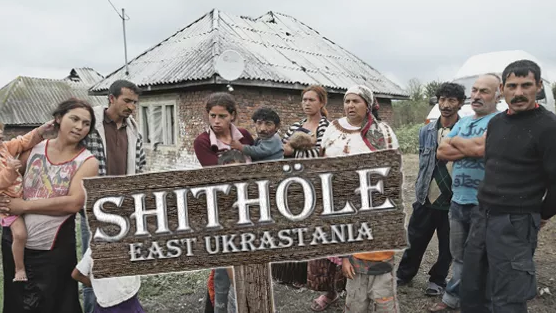 The small village of Shithöle lies somewhere along the Eastern European poverty belt’s poverty belt, near the disputed border of Ukrastania.

Not much ever happens in Shithöle, their public transport is unreliable, their dated hospitals are poorly run, unemployment is high, electricity is pricey and unreliable, the town tap water tastes strange, and bands always skip their village on Eastern European tours.

The generally complacent Shithöle townsfolk don’t mind these things much, and are usually happy living their quiet lives. However, as news has spread to the town about being compared to the city of Adelaide by Lucy Zelic, the residents now have something to be angered about.

‘We can’t not believe’, exclaimed town Mayor Stevonic Marshallski ‘yes, Shithole have a problem or dozen, but it not bad as Adelaide! How dare this football talking woman say Adelaide in Australia is like Shithöle’.

In a rare show of town-unification, Opposition Mayor Petronia Malonovskas agreed with the leader, stating ‘Yes, as lady who commentates nil-all soccer draws for a living, Lucy Zelic clearly know what is dull and boring, so we agree when she say this about Adelaide, this true. But then she say Adelaide like Shithöle? No no no!’

Mayor Mashallski then ended the interview as he had to go shopping at 10:00am on a Sunday, which is apparently completely normal in most parts of the world.