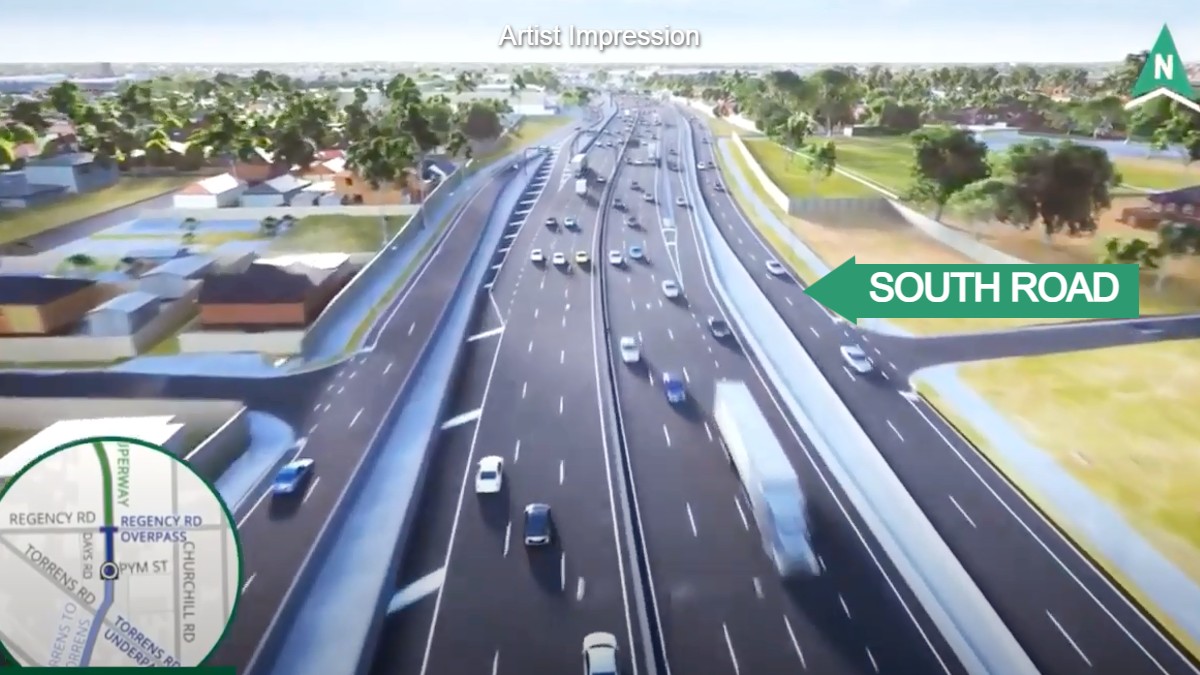 With the longstanding South Australian tradition of South Road upgrades looking to continue for at least another three generations, the latest revealed plans have caused confusion with Adelaide motorists.

Rendered animations of what South Road may eventually resemble have been released, and whilst most of it looks great for PS2 graphics, the absence of stopped vehicles queuing for kilometres has raised some questions. Mainly, “What the hell is this?”.

Director of Southern Highway Infrastructure & Transport, Mel Rose-Parke, has told Adelaide Mail ‘Yes, we’ve heard concerns from the public that the plans clearly show cars moving and a safe distance between vehicles. I’m releasing this statement to let the people of South Australia know they can rest assured that this is only an artist’s impression’.

‘As is standard practice in our department, we hired an artist from interstate to undertake the animation and they had no idea what South Road is actually like, clearly. When we asked for them to add more cars into the animation, turns out that was going to cost more and to be honest this thing is already way over budget’ Mel continued.

‘We envision that the new upgrades will create even more space and lanes for more traffic jams, ensuring the South Australian heritage listed icon will remain on an ongoing basis. And that’s not even considering the roadworks, so don’t worry’.

‘We are proud of this project and will ensure that people know it is absolute Southern Highway Infrastructure & Transport work’.