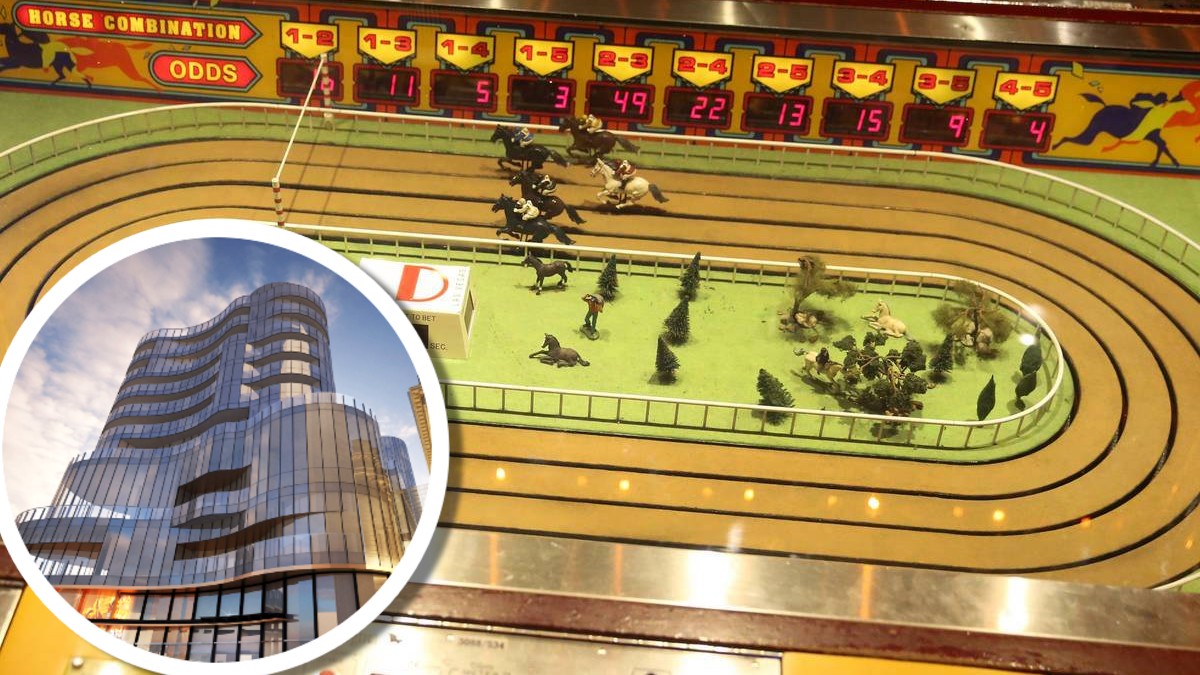 The new upgraded section of the SkyCity Adelaide casino has opened and it seems they’re letting all local media in except for us.

Now, this could possibly be because we’re permanently banned from SkyCity for setting up an elaborate yet ultimately unsuccessful card counting operation on the $5 Pontoon table, but we feel this is unjust.

Anyway, it seems everyone is being let in and covering the new hotel, facilities and bars, but nobody is reporting back if they’ve dusted off the old Royal Ascot machine and put in front and centre as the main attraction.

Legend has it that some animal rights protesters damaged the machine in the early 2000’s, but the team at Adelaide Mail remains hopeful in has returned to the new SkyCity Adelaide.

We also remain hopeful the Adelaide Casino will continue to upkeep its classy reputation by continuing to let in people wearing shorts and sneakers, which is the Adelaide equivalent of formal attire.