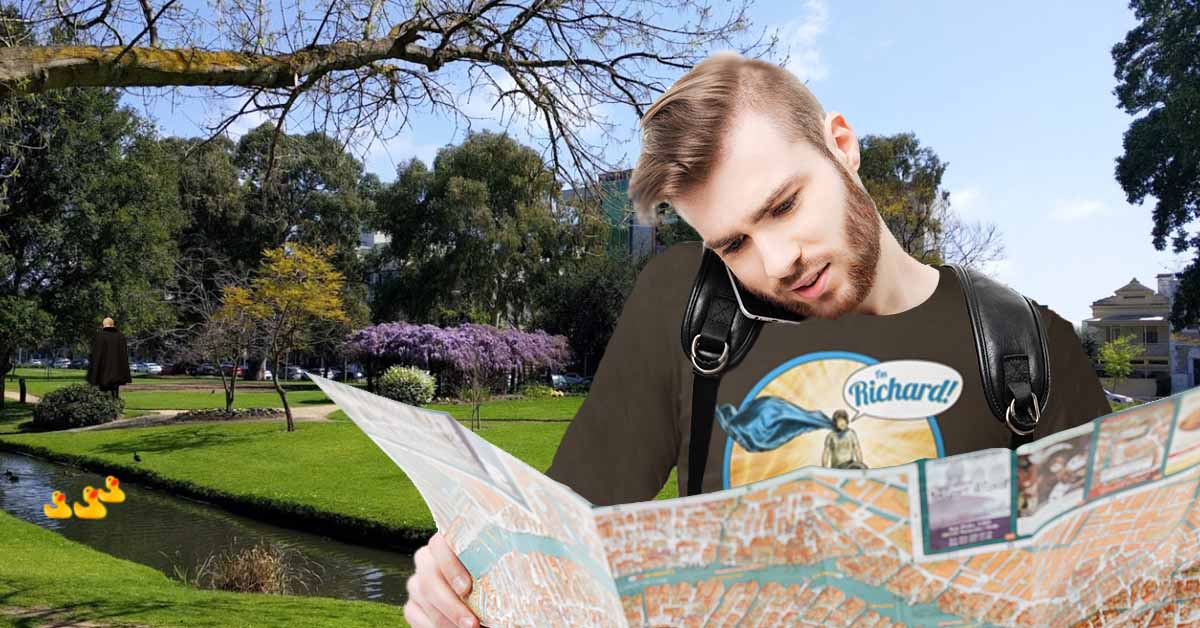 An ill-advised tribute tour of every landmark referenced in cult Triple M radio show Get This has ended in the middle of one of Adelaide’s most trafficked ‘beats’.

The tour, bafflingly-titled ‘Bob Dylan Live: The Get This Explained Tour’, took a collection of socially-inept nerds in the back of a Nissan Navara to all of the locations mentioned — no matter how fleetingly — on the mid-2000s radio show.

‘We wanted to do the tour in the back of a flatbed truck, but we couldn’t secure all of the synthesisers and chroma key suits’, says Hugh Jarse, organiser and one of many Jarse family members on the tour.

‘Up until this point, everything had been good. But I’m afraid the visit to the Veale Gardens quickly turned the tour into a Donkey Courtroom-level of shambolic. Our capes drew more attention than we’d anticipated. Especially from this one South African fella’.

In fact, the South African fellow was responsible for supergluing one group member’s scrotum to the seat of an exercise bike. A reference that even we can’t explain at this point.

‘We thought that it would be a fitting tribute, but it just turned annoying so quickly’, continues Jarse. ‘It turns out that a ute filled with people speaking in nothing but quotes from a radio show that finished over ten years ago is really quite annoying’.

‘The tour is probably going to bankrupt me at this point, I’m expecting to have to make a lot of refunds. Most of the patrons have filed complaints that the tour has been “cheap, nasty and downright boring”. And I’m still not sure where all this chuck and graffiti is that everyone keeps telling me about’.

Editor’s note: We’re sorry. Sometimes we completely run out of ideas and fill an entire article with obscure references for our own amusement. We’ll do more preparation tomorrow, instead of just stealing jokes from our Myspace and watching cat videos on YouTube.