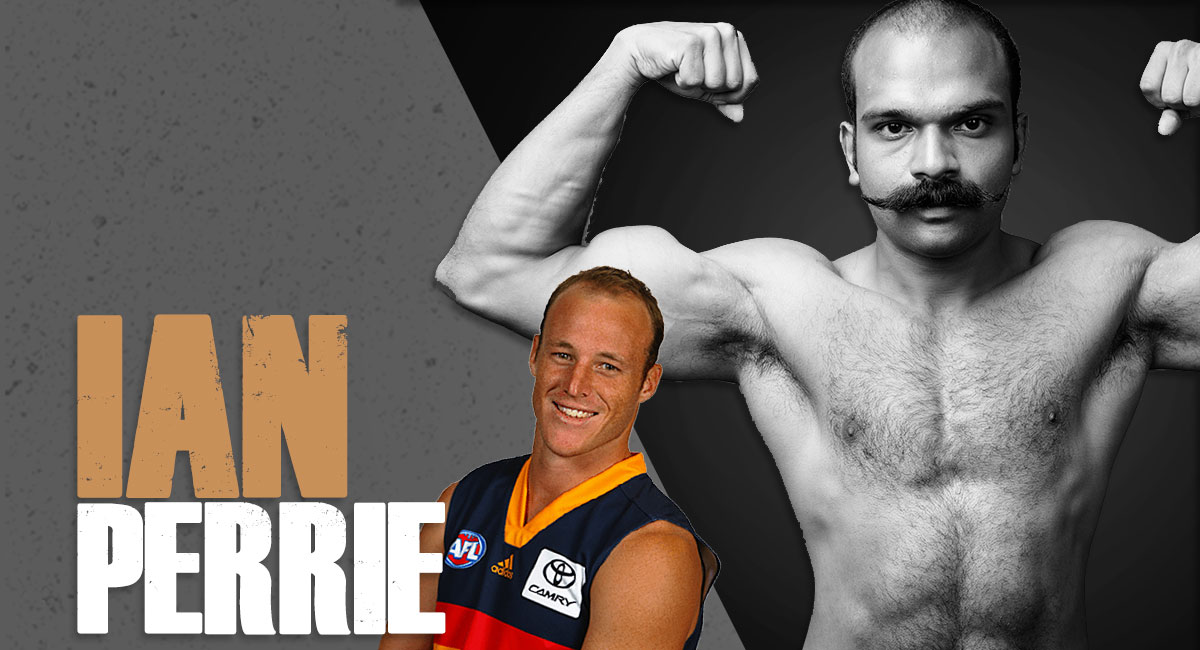 Earlier this week it was revealed that a WWE wrestler had changed his name to that of former Adelaide Crows forward Tony Modra in, what we assume to be a well-meaning tribute.

In fact, studies have shown that nothing flatters a middle-aged male more than when a Herculean man wearing a patterned spandex bodysuit while acting out a heavily scripted playfight changes names to be the same as theirs.

It is a fitting tribute to a lifetime of achievements, and I don’t want to editorialise too much here, but it is the way I wish to be remembered.

Now, for the second time in a week, another WWE Wrestler has announced that he will be changing his name to a legendary former Adelaide Crow, this time it’s forward line ball magnet Ian ‘The Sergeant’ Perrie.

For those wondering, Ian Perrie’s signature move will be taking a very long, deliberate approach before swinging a punch at his stationery opponent and missing by several metres.

His costume, a solitary glove.

Back in Australia, the original Ian Perrie took to news of the tribute more warmly than the original Tony Modra.

‘I’m cool with it, just as long as he doesn’t start a tag team with a wrestler named Ken McGregor, because nothing good can come of that.’