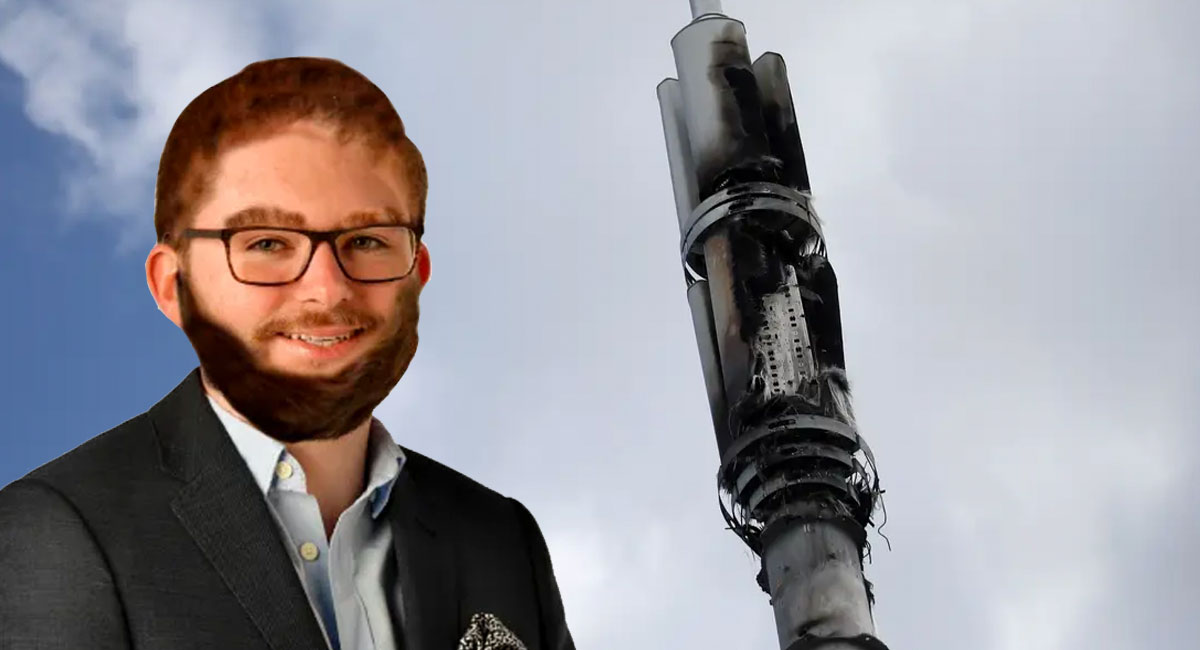 The state’s deputy-deputy chief medical officer Dr Morris Gypsum has dismissed a conspiracy theory that points the finger at the construction of a new ‘5G’ mobile network as responsible for the emergence of conservative youth sensation Caleb Bond.

Dr Gypsum says that although appearing virus-like, Bond grew up like any other Australian Young Liberal.

The columnist, whose political opinions are said to age in reverse, like a Sky News talking head Benjamin Button, reportedly spent the first 12 years of his life in a Mitcham Young Liberals conference.

‘He subsisted solely on Andrew Bolt articles. His only entertainment was recoiling from people in the Centrelink queue,’ Dr Gypsum said to a sorry-looking press conference that due to shrinking newsrooms consisted of only Mike Smithson and Tom Richardson.

Smithson just repeatedly asked whether Dr Gypsum planned on ‘selling off’ SA Health while Richardson seemed to think that he was at Matthew Nicks’ press conference. Richardson’s biggest contribution to the press conference was loudly laughing at a Simpsons gif while saying ‘got him’, presumably about Ken Hinkley.

‘Now, I have spoken to the extended Downer family who home-schooled Bond at the Young Liberals conference throughout his formative years. They confirmed with me that in spite of the clearly-fake beard he sports, that Bond is indeed a human and did not emerge following Telstra’s construction of a 5G mobile tower in Somerton Park, as has been reported by some on the internet.’

However, Dr Gypsum’s reassurance did nothing to sway conspiracy theorists who, to be fair, do usually have a bit of conviction about them.

Telstra reported damage to two 5G towers, one of which had been graffitied with the phrase “5G causes Caleb Bond so we’re not vaccinating our children any more, also Bill Gates wants to implant everyone with that paperclip from Microsoft Word”.

We reached out to the conspiracy theorists with some editing notes to tidy up their graffiti but we didn’t hear back.