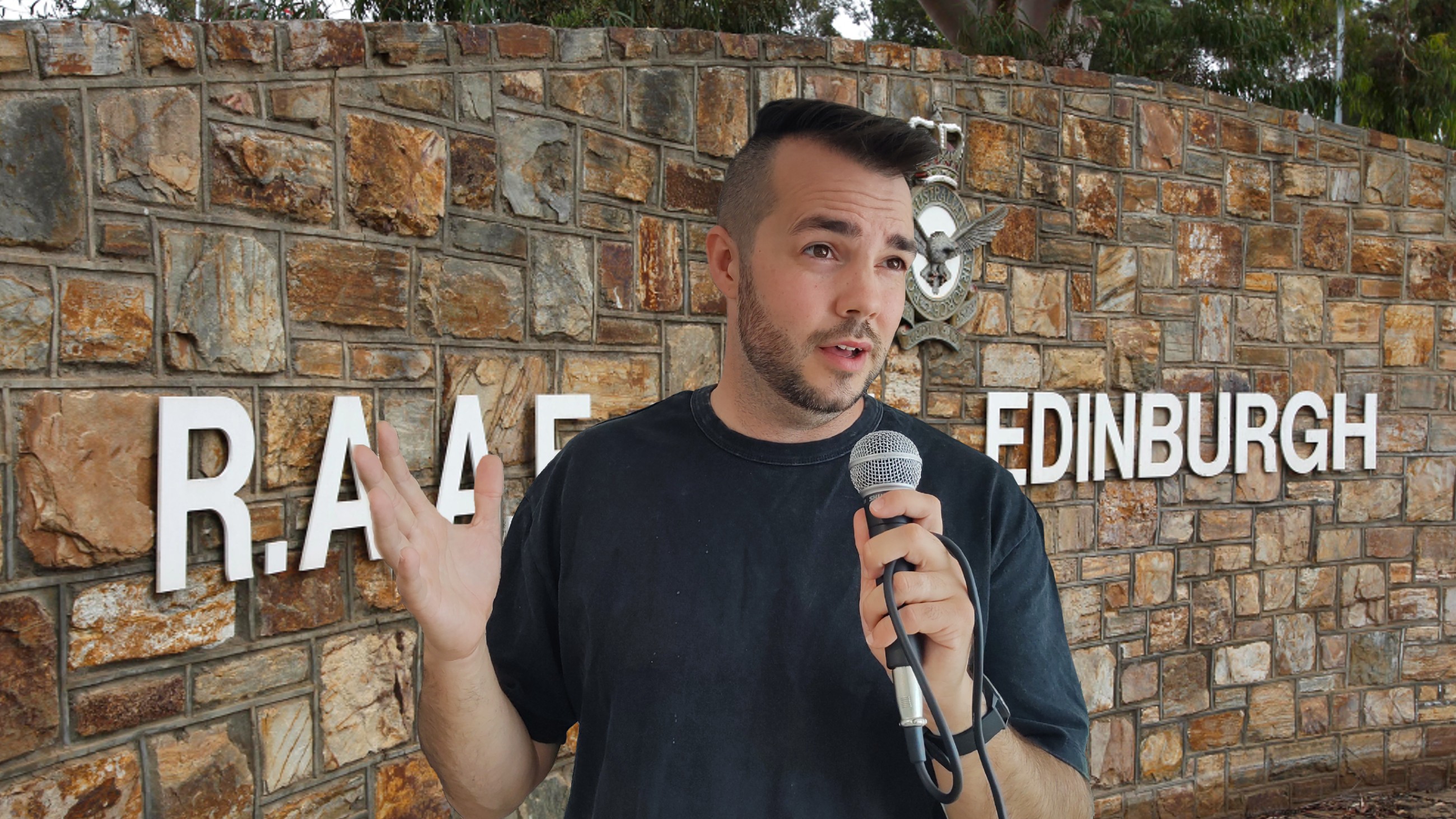 As the Adelaide Fringe Festival begins to wind down, some local comedians are resorting to new tactics in an attempt to draw in the last few punters to their shows.

From fake reviews to accepting AfterPay for a nine dollar show, it seems that some are getting incredibly desperate, even by comedian standards.

One local comedian, Joe Kerr, has taken the sneaky tactics to a new depth by claiming to have recently performed at Edinburgh. Whilst clearly trying to give the impression he has performed at the Edinburgh Fringe Festival, his lack of specificity skirts around the fact that he just muttered a bunch of shitty jokes to himself outside the Edinburgh RAAF base whilst on the bus ride into the city.

However his promotional poster, boldly exclaiming “AS SEEN AT EDINBURGH”, probably has enough truth to it to avoid some sort of consumer affairs’ inquest.

His solo show “I’m a loud man who swears, therefore I’m funny” has received mixed reviews: One good one from himself and thirty six bad ones from everywhere else.