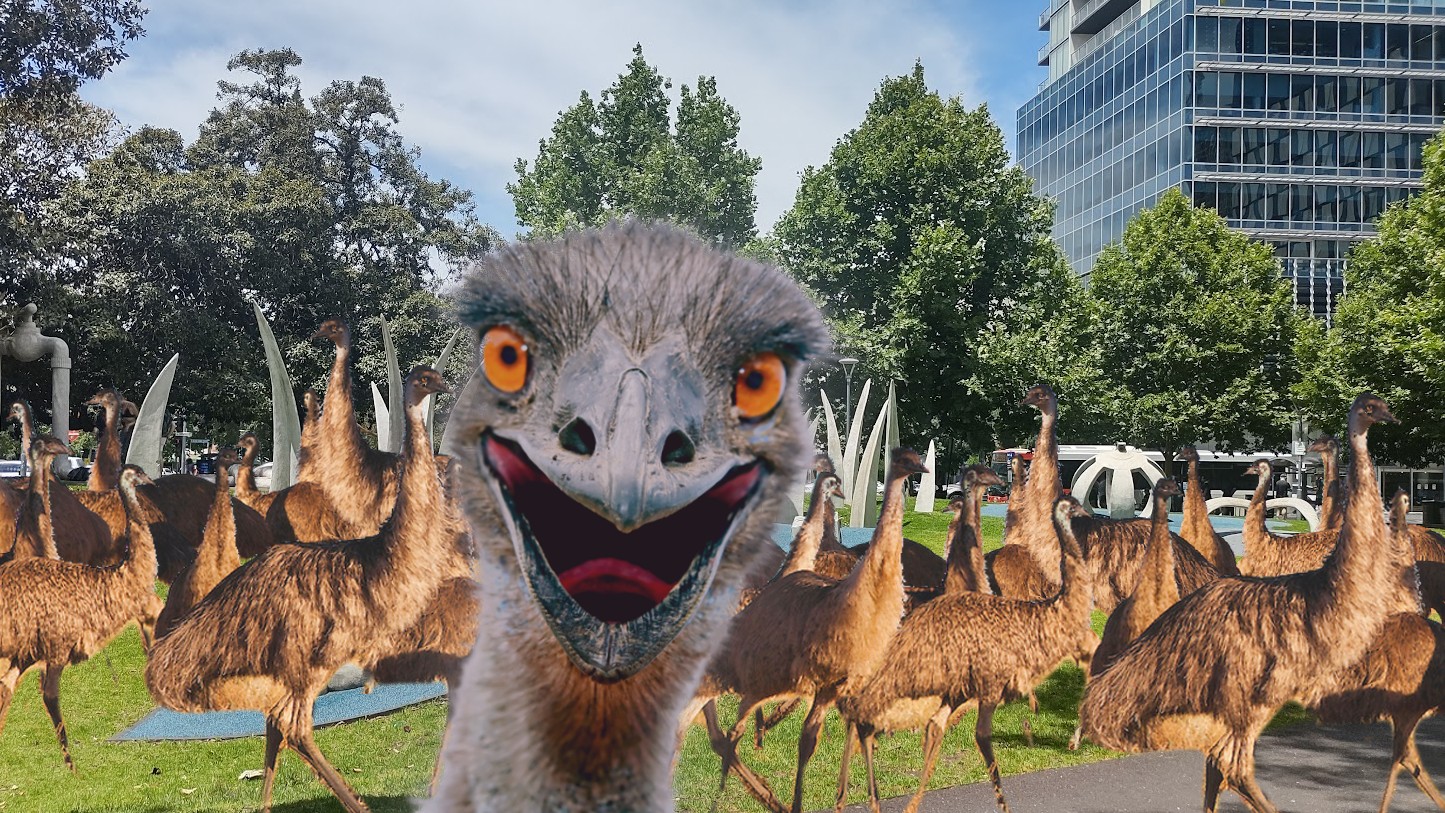 Adelaide’s most depressing piece of parkland has seen more mayhem than usual today, with an unexpected yet understandable mix-up resulting in chaos.

Emo park in Hindmarsh Square’s north-western corner, popular for having the highest density of cigarette butts per square metre in all of South Australia, has become overrun with an unruly mob of emus after some obvious confusion by Emu Moving & Ostrich Services (EMOS).

This has resulted in Emo Park somehow becoming even worse than usual, a feat which many thought was impossible.

The CEO of EMOS, Sonny Dae-Realestate, has stated that he apologies for the confusion, but is hopeful that the emus continue their unbeaten war streak and prevail over the park’s usual clientele.