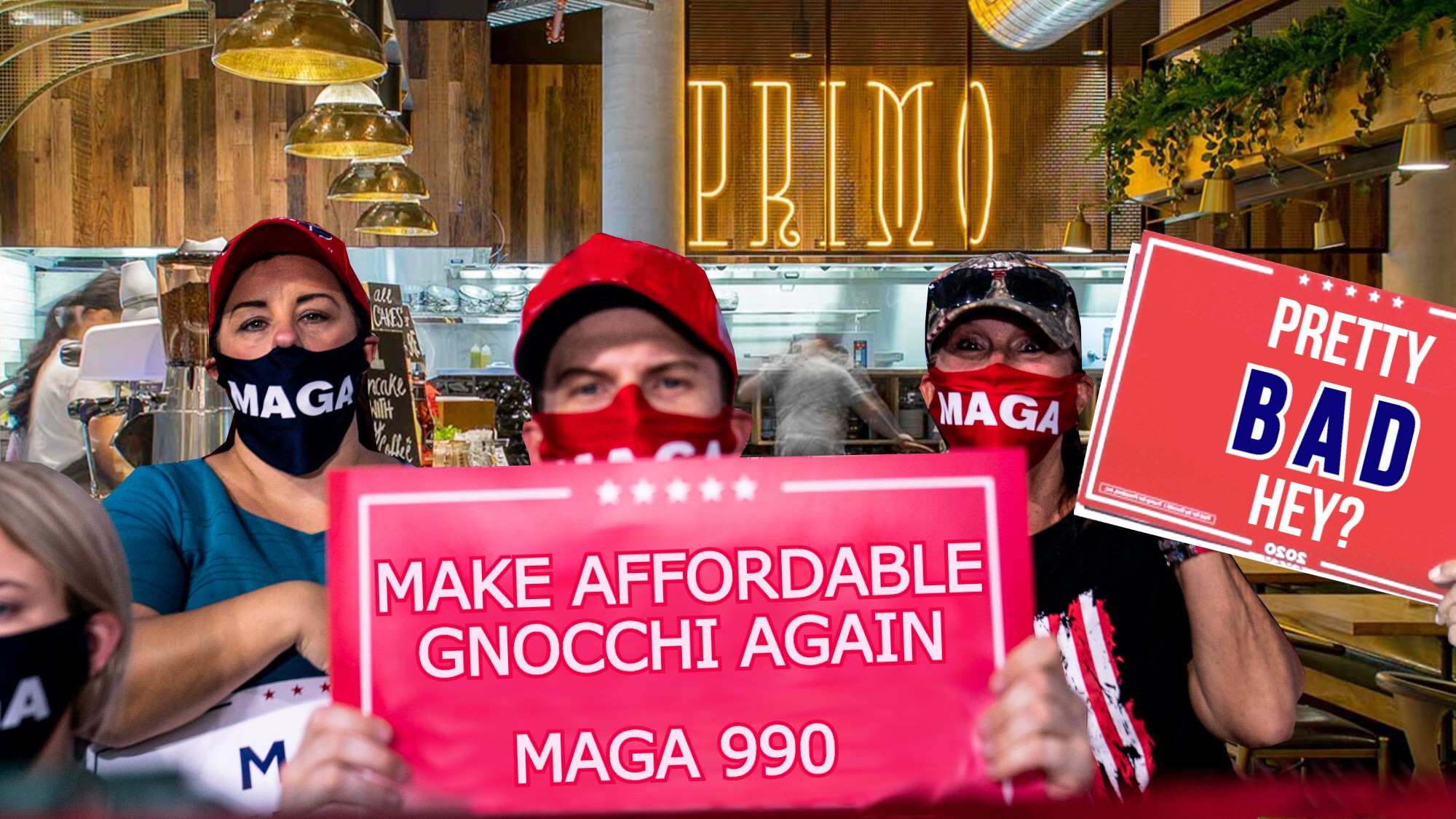 Thousands of South Australian patriots have shown up at Caffe Primo to demand the return of the $9.90 meal special, leading to levels of violence and unruly behaviour that have not been seen at Tea Tree Plaza since last Thursday night.

The majority of the mob have been heavily influenced by an overwhelming amount of unfounded conspiracy theories posted on 4Chan and a certain Tea Tree Gully Facebook group, falsely stating that a group of angered idiots can somehow overthrow a casual dining establishment.

Adelaide Mail reporters were on the scene to talk with some of the uneducated masses.

‘We’re demanding our rights as South Australians!’ said protester Britty Gooday ‘We’re enlightened, we’re educated, I went to the University of YouTube, and we’re not just going to let the establishment dictate what we’re supposed to pay!’

‘For $9.90 I used to get a burger, chips and a free pancake that I would never eat but always demand anyway. Sure that was over a decade ago, but because I personally disagree with the current situation it obviously makes it deeply wrong and there are people in power conspiring against me’.

After the caffe coup had failed to overthrow the restaurant because all the tables were already booked, the mob moved to Modbury Triangle where they demanded the return of Bi-Lo. Unfortunately, there was nobody there to listen. As always.