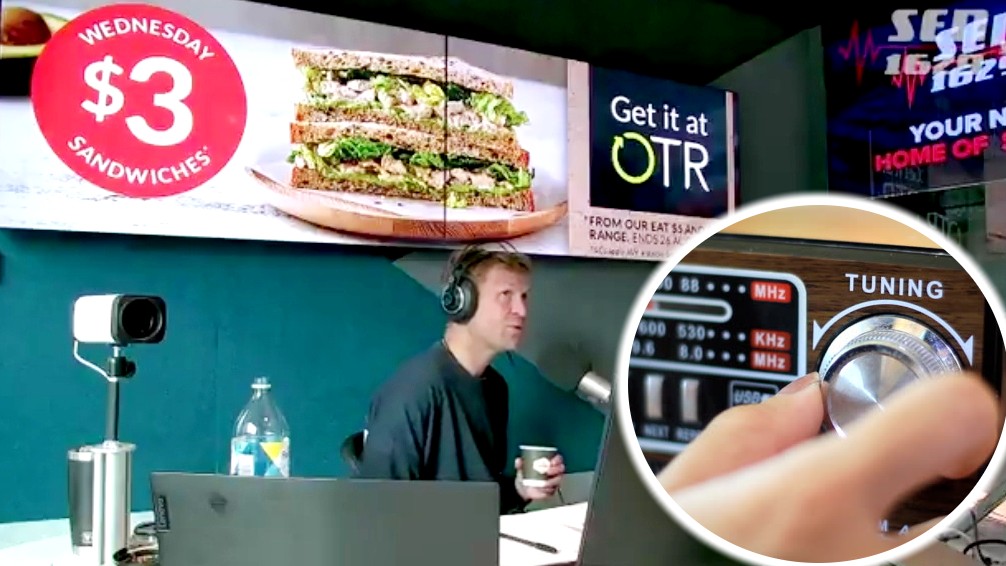 South Australia’s king of controversy and 2020’s Best and Fairest Servo Sandwich Hawker has made some outlandish comments on “The Victorian owned South Australian Home of Sport” SEN 1629 AM.

Now, what these comments actually were is a little unclear due to the radio station’s extremely limited coverage range and heavy static anywhere else except for directly inside the SEN Adelaide offices.

We assume Kane’s comments were probably something about the Adelaide Football Club draft, accusing someone of being a thief, or once again genuinely congratulating the Adelaide Mail team on their outstanding audience engagement and consistently hilarious content:

One of our readers happened to be in the prime SEN 1629 AM narrowband radio coverage area (as the wind happened to be blowing in the right direction this morning) and sent us this audio clip of Kane’s shocking comments.

Have a listen and decide for yourselves: