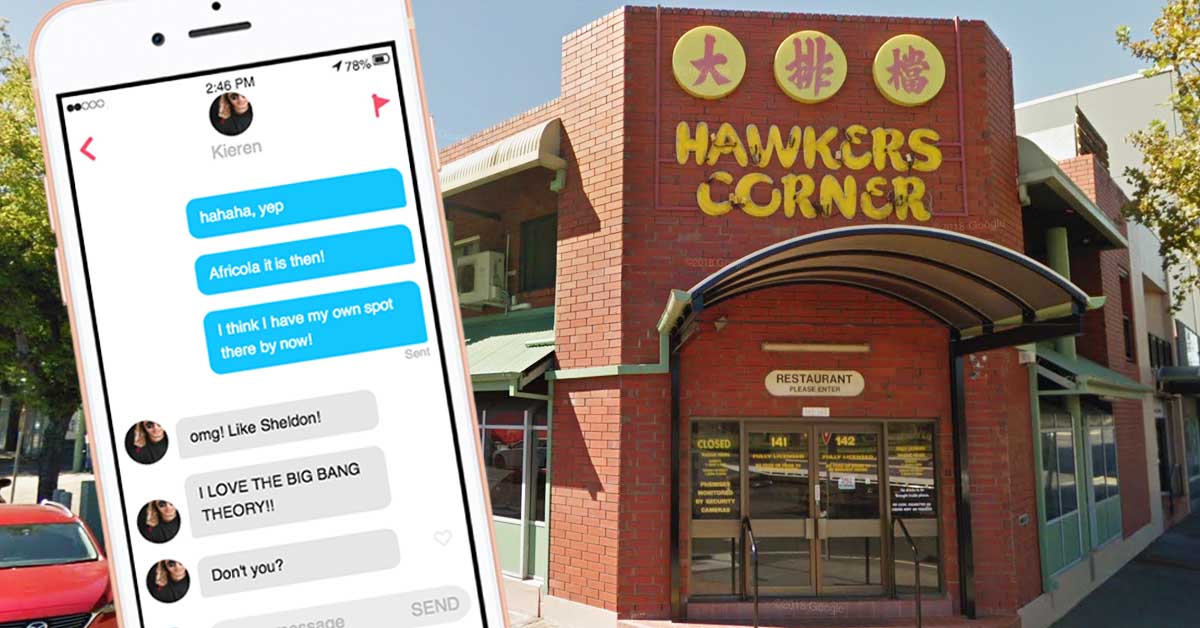 A looming Tinder date has had its venue downgraded to West Terrace food court Hawker’s Corner following a questionable opinion on the quality of TV sitcom The Big Bang Theory.

In fact, Goldslipper was so impressed by Sauté-Wintergreen’s repartee that she reserved a Saturday night table at Hill of Grace for a potential date. However, after Kieren hastily wrapped up a flirtatious conversation because ‘Everybody Loves Raymond is on’, Goldslipper switched out restaurants to the more casual Africola.

‘I do have a bit of a hierarchy’, says Goldslipper. ‘If you’re quoting Seinfeld, you’re starting off at around a Golden Boy, it’s a good start. A guy the other night asked if I wanted to go see Chunnel with him. Bang! Out of the blocks, just like that! I got the polenta at Andre’s’.

‘But this guy’s really pushing his luck. I had to cut him all the way down from Africola to Hawker’s Corner when he mentioned The Big Bang Theory. I’ve never had a guy drop so far before. I’m really hoping he doesn’t mention Two Broke Girls or something because I don’t know where to go from Hawker’s…especially now that weird Daniel’s place on Rundle Street has closed’.