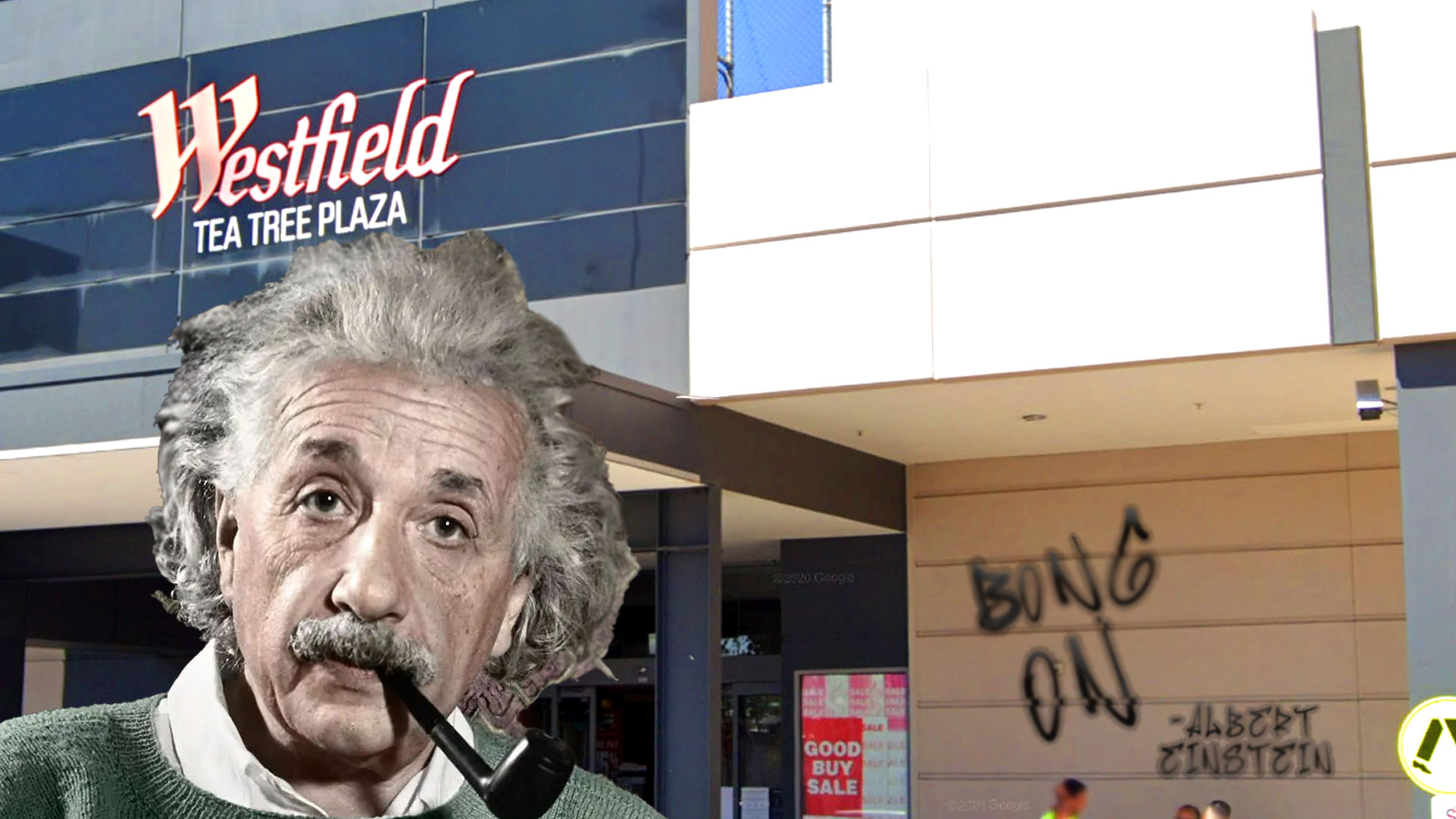 After falsely attributing a quote to Sir David Attenborough in a public mural, Tea Tree Plaza’s mural and roof leak management team are now investigating the accuracy of other painted quotes that adorn the exterior walls of Modbury’s fourth best shopping centre.

Adelaide Mail met with Tea Tree Plaza mural manager, Muriel Manger, while we were just only waiting for a guy about a thing in the carpark near the dodgy Myer entrance.

‘This one here is another one we’re fact-checking’, said Muriel ‘It says “Bong On ’98, Albert Einstein”, so I’m just going through his Sidelights of Relativity book to see if it’s in here. All goes a bit over my head to be honest. Did you know he was German though? Or Swiss? Or he might have been Dutch with all the Dutching out he did from pulling bongs, am I right? So yeah, this one can stay’.

Muriel moved to the next art mural to assess its validity ‘Let’s see, “A.C.A.B., Abraham Lincoln”. Well, he definitely thought All Confederates Are Baddies, so this one looks legit too’.

‘Now, what about this one?’ said Muriel as she walked around the corner to the last piece of public art within eyesight ‘The quote attributed to Queen Elizabeth the Second reads “Jayce, u betta pay up for ya gear or your dead ya fuckin dog cu-“, oh dear, that’s clearly not Lizzie at all. We’ll get it sorted out immediately and make sure it’s correctly attributed to Princess Margaret’.