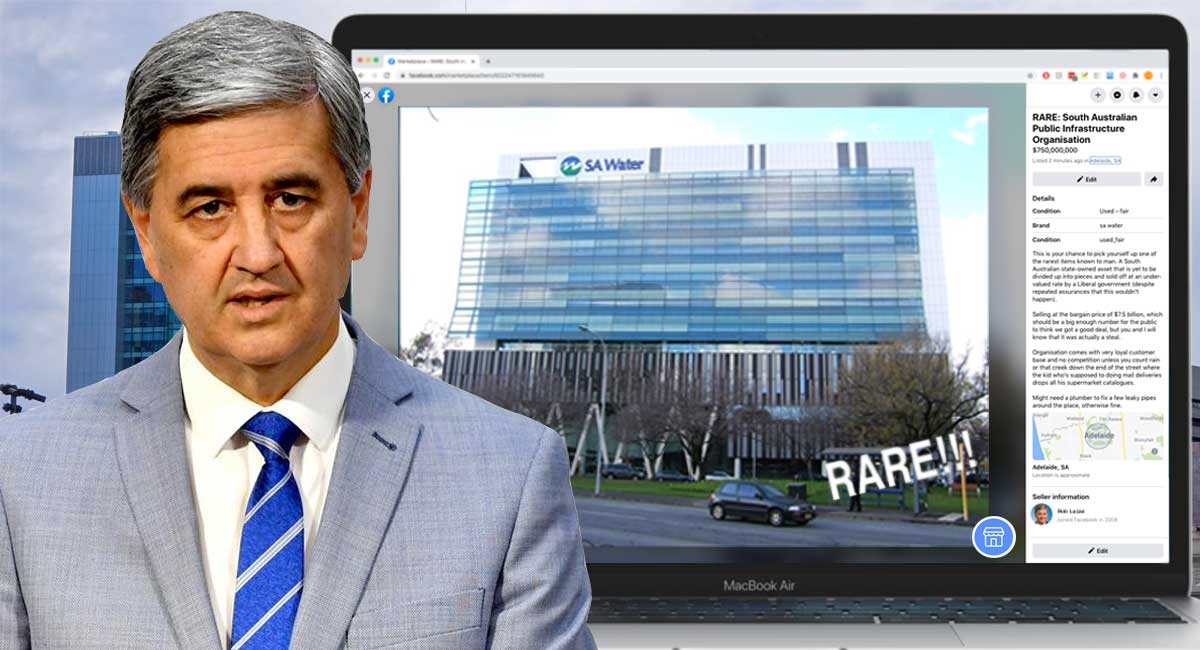 Those paying attention to state treasurer Rob Lucas this week would have seen that he was largely unperturbed by the massive write-down in GST revenue headed South Australia’s way.

Adelaide Mail can now reveal exactly what was behind Rob’s cool-handed reaction to the massive amount of money being pulled out of the state coffers. Rob’s secret weapon. His unfair advantage. The ace in his proverbial hole.

We sat down with Rob Lucas’s policy advisor and password manager Dorothy Quintuple about what Rob has planned to make up for the shortfall.

‘We set Rob up with a Facebook account so that he would stop emailing us gifs of minions in bikinis with the subject line “This will brighten ur day”,’ Dorothy told us.

‘We thought it would be great, keep him occupied with those Aldi Mum groups, and arguing in the comments of Leon Byner posts. But we didn’t realise that he would discover Marketplace. Now he’s become obsessed with it. He’s already sold everything from the stationery cupboard and the tea room.’

‘He says it’s a “like a Trading Post newspaper that fits right in your briefcase” I didn’t bother asking him what he meant by that. Anyway, it wasn’t long before he discovered that he could advertise state-owned assets on there. He’s already listed SA Water for a few billion and I heard him talking about selling Glenelg earlier today.’

The treasurer has listed SA Water for sale on Facebook Marketplace for $7.5 billion, citing that the organisation is in ‘Fair’ condition although people may need a plumber to “fix a few leaky pipes around the place”.