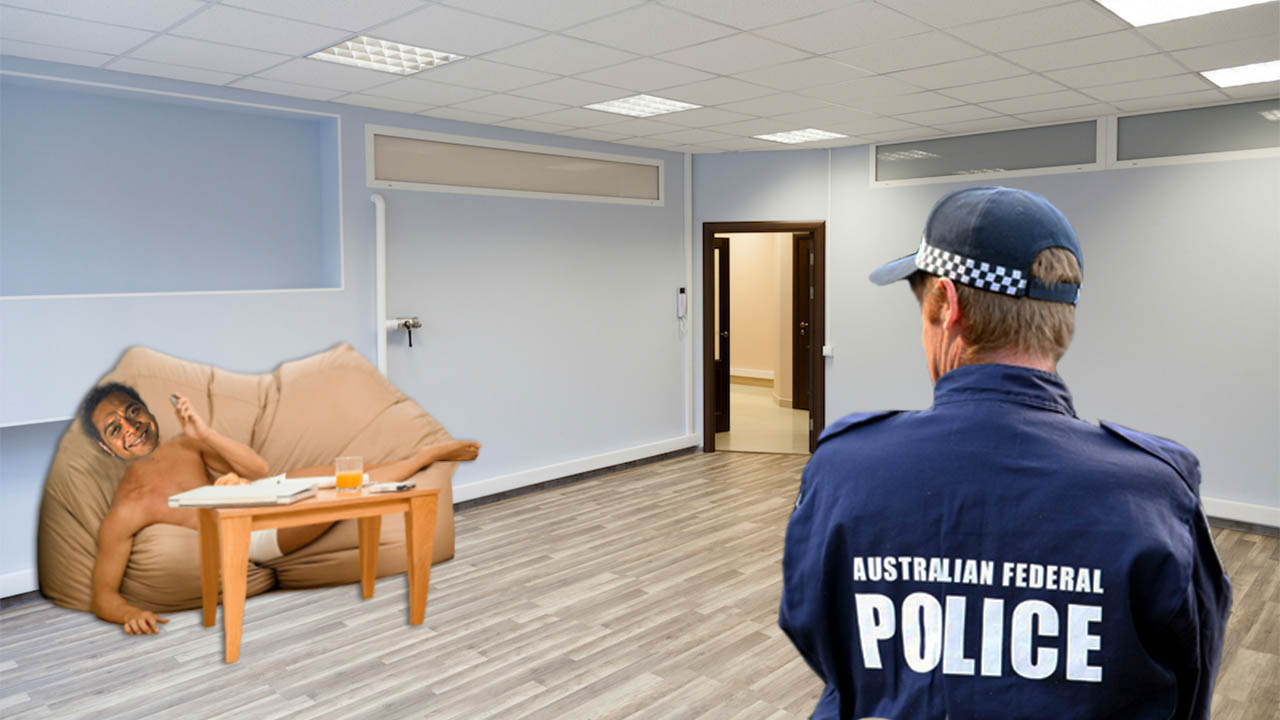 One year after publishing a damning exposé on the existence of the fictional suburb Kingswood, Australian Federal Police officers have staged a dramatic raid on the Adelaide Mail offices.

The story, undertaken by the Adelaide Mail investigative team, revealed that the ongoing myth of the suburb’s existence had been peddled by all levels of government since the early 20th century.

However upon entering Adelaide Mail’s office, AFP officers were surprised to find nothing but a shirtless Xavier Minniecon leisurely reclining on a beanbag.

Although initially confused, the officers relished to opportunities that come with tracking down one of Adelaide’s most mysterious A-list celebrities.

The former Channel Nine weather presenter regaled the gathered throng of federal police (who absolutely have nothing better to do with their time and resources than a politically-motivated raid on a respected media organisation such as this one) with whimsical anecdotes from his heyday at NWS-9.

‘He told us all about Keith Martyn and his almanac’, recounts one AFP officer whose name we’ve withheld.

When quizzed about why he no longer works on television, Minniecon pointed to a picture of Channel Seven’s Tim Noonan that he has set as his phone’s wallpaper. ‘This idiot stole my schtick. Adelaide’s only big enough for one zany weather presenter, apparently’.

Editor’s note: Adelaide Mail still has no idea what Mr Minniecon was doing in our office, but we haven’t got the heart to tell him to leave.