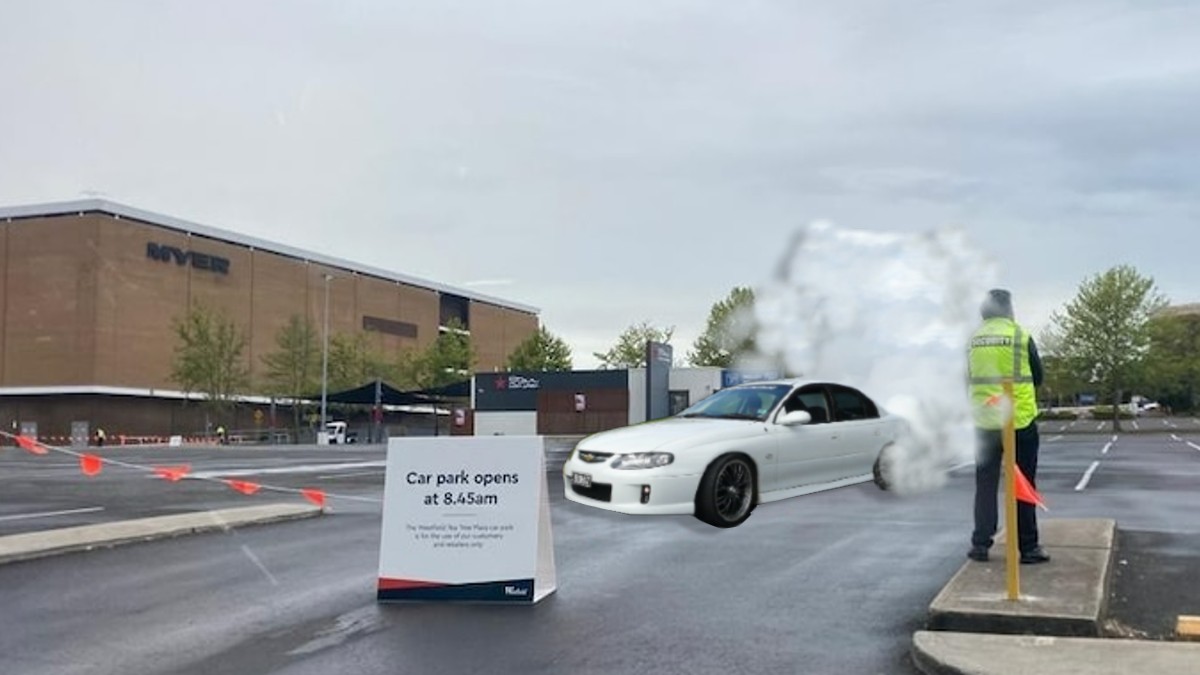 Modbury’s fourth best shopping centre is in the middle of a battle with the governing bodies in an attempt to start charging motorists to do burnouts in the car park.

This has naturally sparked outrage from many North-East citizens.

‘It’s an outrage’, said Modbury motoring enthusiast Brocky McScaife ‘Cutting sick burnouts in the Plaza carpark is a tradition that has been going on for generations, and these greedy corporates want to start charging us?!’

With reports that Westfield are vastly overestimating how much people actually want to go to the Plaza, the introduction of paid burnouts may further alienate people from the shopping centre.

‘If they start making me pay, I’ll just take my burnouts elsewhere’ said McScaife ‘Plenty of other places around here I could do some dowees’.

Brock then left in his incredibly hot-looking black VY Commodore, doing that over the top rev thing around each corner, as is tradition in Modbury.