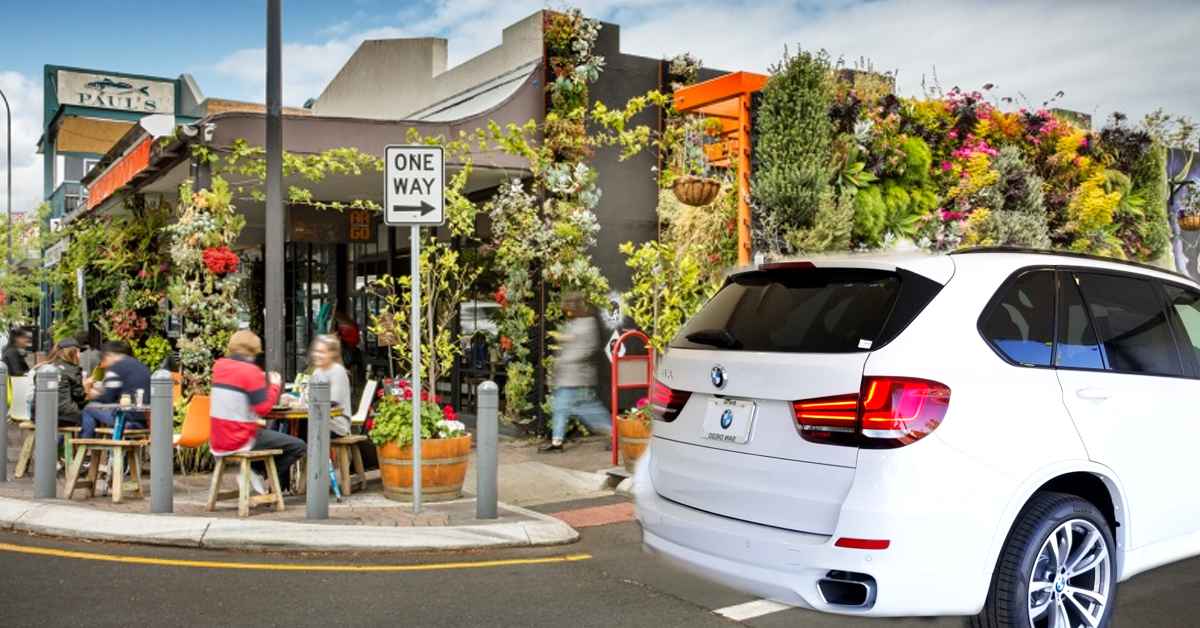 Burnside stay-at-home daughter Jacinta Hyacinth was caught short this morning on her usual coffee meet with the girls at trendy Norwood cafe Argo On The Parade, unable to find a spot and choosing instead to park in a nearby loading zone.

Despite numerous parking spaces remaining vacant just 150 metres in either direction, Hyacinth justified her parking choice to a waiting courier saying ‘I’ll just be in and out, honey’.

However, the X5 driver’s assurances carried little weight with courier Pablo Harney reportedly still waiting patiently behind the idle SUV some twelve hours after being upstreamed for the loading zone park.

The Adelaide Mail spoke with the waiting courier just prior to sunset on Monday evening. Harney said ‘she’ll be back any moment now, there must have been an emergency in there because people wouldn’t just park in a loading zone for their own selfish reasons’.

‘The last thing anybody wants to be is selfish when it comes to parking their BMW’.