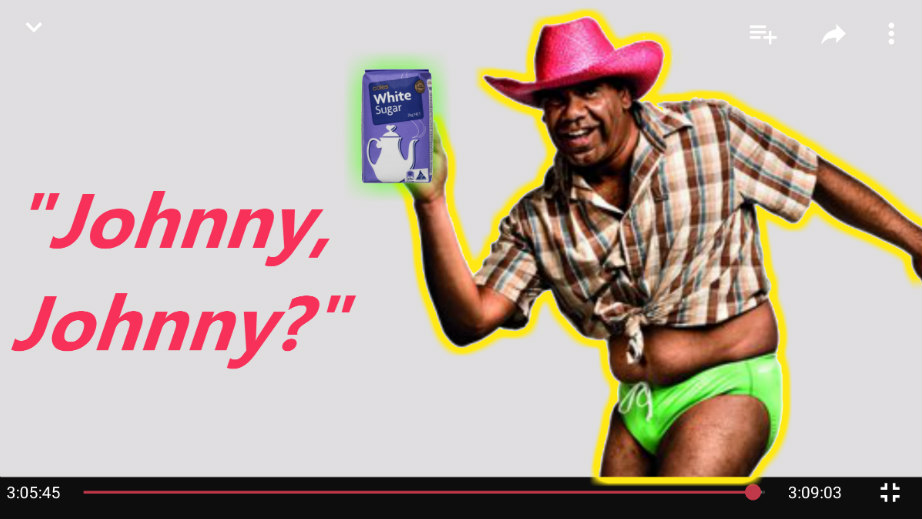 In an attempt to appeal to a younger market and beat the YouTube algorithm, local eccentric Adelaide legend John Haysman has eaten a large bag of white sugar.

The somewhat disturbing video is over 3 hours long, and features John Haysman wearing a pink cowboy hat and lime speedo ensemble, whilst tucking into the bag of sugar with what appears to be a tablespoon. In the background the “Johnny, Johnny” nursery rhyme plays on repeat.

Haysman really starts strong within the first five minutes of the video, managing to down a spoonful almost every second. However, after the initial burst, it gets a little sad. Johnny appears to become physically and mentally exhausted, breathing heavily as he slowly downs each spoonful of sugar. By the 3 hour mark, Johnny is continually shouting “No Papa! No Papa!” whilst visibly shaking.

Johnny finishes the bag of sugar, and the video, with a graceful bow, before presumably heading to the emergency department.

The YouTube video has attracted 127 views. Haysman hopes this number grows so the advertisement monetisation can pay for his insulin.

Editor’s note: In all seriousness, Johnny Haysman does have a YouTube channel, and it is glorious. We’re not “telling lies”