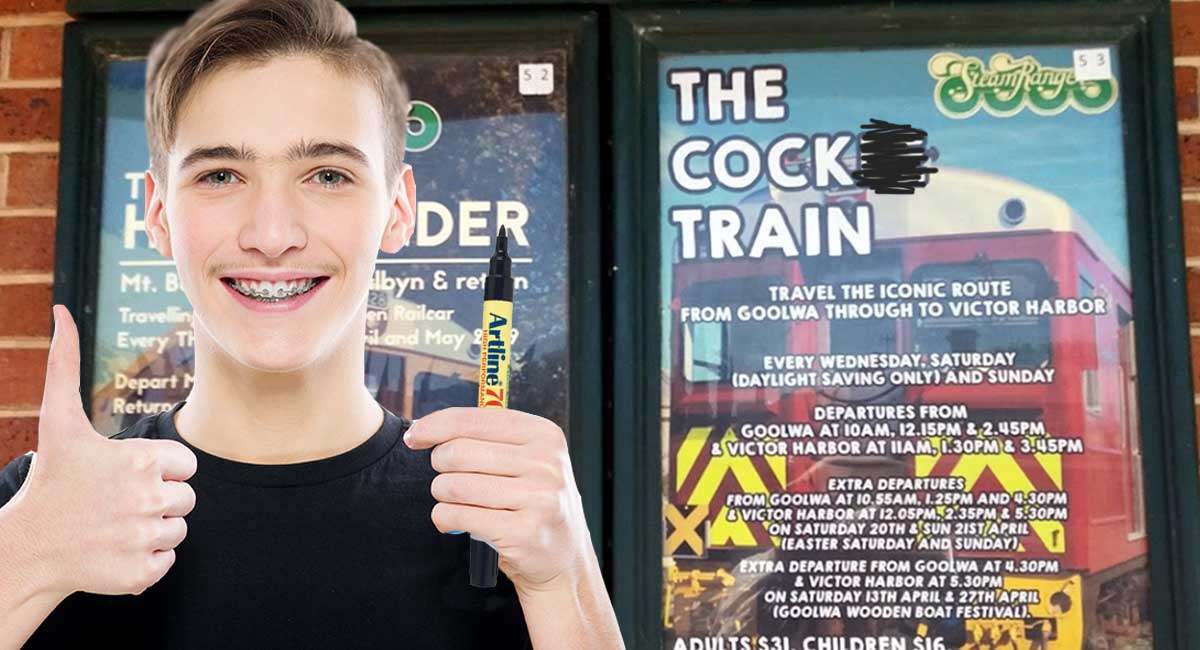 It was a fleeting moment of inspiration that struck 12-year-old Pervis Persimmon on his Sunday afternoon walk past Goolwa’s Cockle Train, what followed is a rare example of comedic genius that is bound to be spoken about for decades to come.

When Pervis passed Goolwa’s historic Cockle Train he was struck with a thought: ‘That train has had it too good for too long! Time to even up the score.’

While we’re not exactly sure what he meant by any of that, we assume that the train once wronged Pervis in some type of coin-flattening-on-railway-track experiment gone bad.

Adelaide Mail has neither the resources or interest in doing any amount of research into the matter, but if we were to guess, Pervis probably once placed a 50 cent coin on the Cockle Train’s tracks in hope of turning his currency into a warped souvenir.

However, a combination of a lightweight locomotive and the bulky 50 cent coin meant that the would-be harmless experiment led to the derailment of the Cockle Train leaving dozens of commuters late for work.

In this scenario, we have assumed that 30+ people catch the Cockle Train to get from Goolwa to their office in Victor Harbor.

Pervis’s “evening up” of the “score” in this case took the form of some hastily-scrawled vandalism on Cockle Train signage. Signage that now reads, to the unaware passer-by: ‘The Cock Train.’

Since Adelaide Mail were made aware of the sign’s amendment, management have been in contact with Pervis to offer him a lucrative contract writing comedy for us. He told us that he wouldn’t be ‘seen dead lowering my standards to write for a satirical news website.’