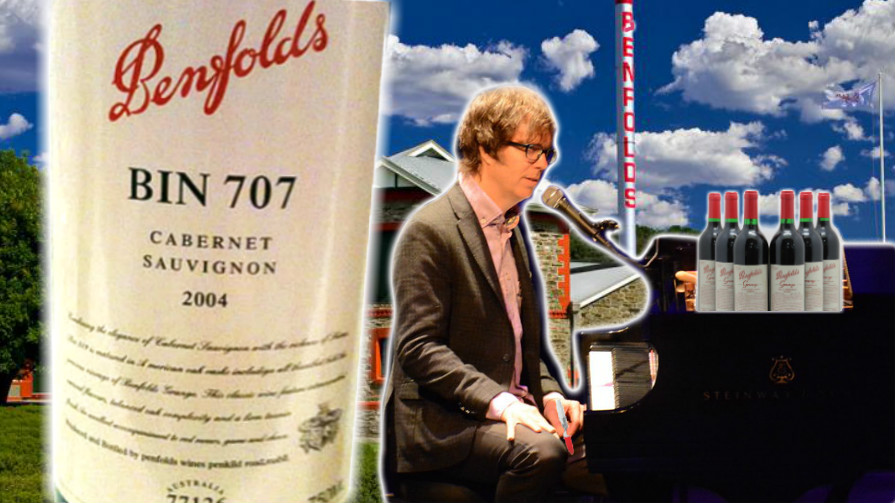 Rumours have it that US singer-songwriter and previous Adelaide resident Ben Folds is heading back to South Australia for a new business venture, to coincide with his upcoming tour with the ASO.

Speaking exclusively with Adelaide Mail, Folds dropped a few hints as to what his new hustle is all about. ‘I like to keep abreast of what’s going on in South Aussie news’ said Folds ‘and I came across an article about how much Penfolds sells for in China’.

Raising his eyebrows and tapping his nose, Folds whispered ‘I know Penfolds are trying to crack down on copycats, but I’m pretty sure I can’t be sued for using my own name’. We checked, in this circumstance you definitely can.

Quickly forgetting that he called an interview to simply allude to the fact he may be starting a South Australian business, Folds excitedly got straight into the finer details of his highly illegal, albeit quite clever, trade.

‘I rented a one-bedroom place at Magill. Technically it’s student accommodation, so I had to disguise myself as an international mature-age Social Work undergraduate. This wasn’t too hard, I just kept asking long irrelevant questions and telling personal stories that the real-estate agent clearly didn’t want to hear about. Eventually, they just gave up and handed me the lease so they could leave’.

Folds continued ‘now every night I take a few big buckets, some secateurs, walk down to the Penfolds vineyard, fill the buckets with their unripened grapes, then walk back home. When I get back to my studio apartment, I stomp the grapes, add in a few litres of Nippy’s Apple & Blackcurrant, a dash of whatever spirits I have laying around, then pour it into the bottle with my own custom Benfolds labels. There you have it, that’ll sell for at least $48 on the Chinese black-market, do this a few times a week combined with my Austudy payments and I’m laughing’.

Ben Folds has big plans for his new swindle, including an aggressive marketing campaign to boost sales. Unprompted, Ben sat down at his battery-operatedasio keyboard and started playing us a jingle, singing in a wonderful, but overly commercial, tone ‘you’ve heard of the Ben Folds Five, so come drink the Benfolds Wine, it tastes mighty divine, it’s definitely not a crime, I thought about the army, dad said son you’re fucking high…’ This continued and just became an eight-minute medley of his various hits, which was fortunately cut short by several of his neighbours banging on the paper-thin walls.

Benfolds Wine is now available in parts of Shandong Province, the Tower Hotel bottle-o, and some of the lesser law-abiding restaurants around the Adelaide Central Markets.