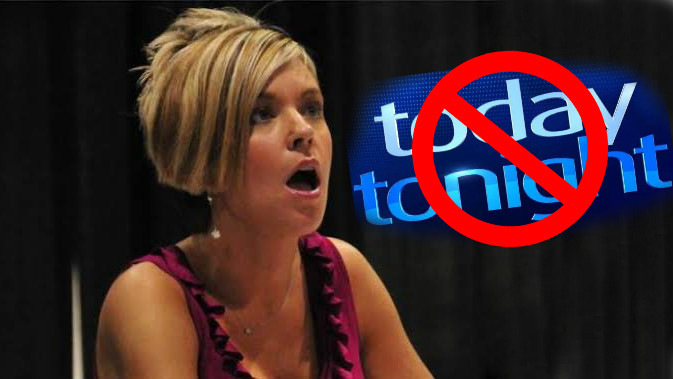 LET ME SPEAK TO THE MANAGER!: This morning as Clarence Gardens facebook-mum of two Karen Decrows, 43, set off for her morning coffee, little did she know what was in store for her.

Karen, who has been blacklisted from most cafes and eateries within a five kilometer radius of her home due to incessant complaints and entitled behaviour, travelled to a Magill cafe where she deliberately ignored the customers queuing, quickly forcing her way to the front of the line, slamming her Coach handbag on the counter, and instantly letting out an audible sigh as she started tapping her acrylic nails to gain the attention of the lone young barista.

‘Hello?!’ Karen exclaimed in a voice slightly louder than a yell ‘Is anyone serving this line?!’ Karen then pulled out a call bell from her bag and kept ringing it, even though the server was clearly in sight making another customer’s coffee.

Six seconds later, Karen was greeted by the friendly barista and asked what she’d like to order.

‘It’s about time’, said Karen, already checking her Facebook feed and not making eye contact with the server ‘I don’t even know what I want yet, where’s your menu?’ The waitress directed Karen to the menu, who was immediately unimpressed. ‘There’s too many things on this menu! I just need my coffee. Where are the coffees? Wow, four dollars?! These are overpriced coffees that probably taste like crap’.

Once the barista informed Karen that prices were cheaper if she had a Keep-Cup, that’s when the situation escalated.

‘Why would I carry a filthy cup around with me? Do you even know how much this 900 dollar handbag is worth, honey?’

As Karen was informed that she would have to wait until she made up her mind on what to order, as there were many others waiting in line, Karen decided it was time to pull out her proverbial yellow-card ‘Okay sweetie, let me speak to the manager’.

As the barista stated she was the manager, Karen laughed ‘Ha! Oh no honey, the real manager, the owner, you know, the man who pays you’. As the barista explained that she was indeed the owner, proprietor, manager and sole-employee of the cafe, Karen, baffled that a young person could be succeeding in business, and highly embarrassed that a younger female would talk back to her, had no choice left but to pull out her red-card.

‘Well them, I am going to call Adelaide’s Today Tonight and tell them about this terrible customer service and probably dodgy business set-up!’ stated Karen.

Several customers waiting in line, desperate to chime in, exclaimed ‘They cancelled that show!’

It has been reported that Karen then dropped her handbag, went totally silent, and with a blank stare slowly walked backwards towards the cafe entrance. Offering no response to queries if she was okay, a shell-shocked Karen started wandering the streets of Magill aimlessly, only speaking to herself under her breath.

News of the cancellation of Adelaide’s Today Tonight ultimately sent Karen into a state of severe psychological shock, as she has been threatening to call the show on every single business she encounters for over a decade, and now no longer knows how to undertake any kind of patronage without it.