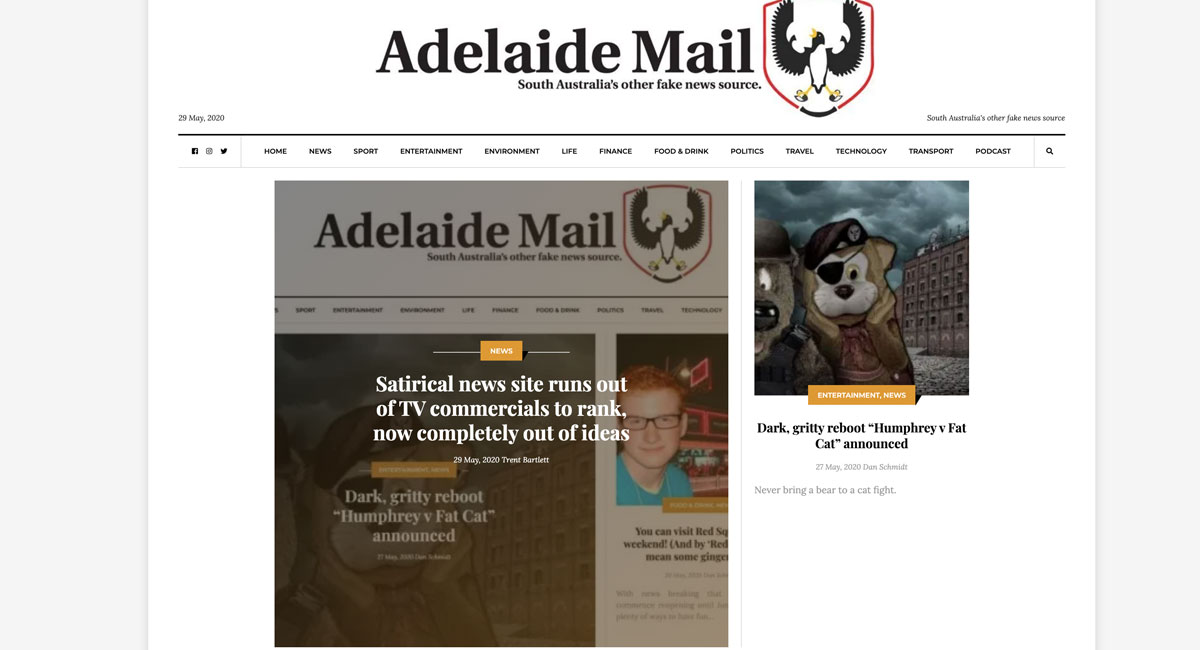 South Australia’s second favourite source of fake news has been revealed for the sham that it is, with a tournament of television jingles masquerading as an idea making way for a complete dearth of any original thoughts or observations.

And while those at Adelaide Mail might pretend that a ham-fisted attempt at ironic self-awareness in an article such as this one lets them off the hook for failing to do the very thing they are supposed to do, (ie. be funny, apparently) the writers of this article know better than to fall for that one.

Experts are warning the public to be suspicious of any attempts to deflect a serious lack of original thoughts with an article such as this. However, those experts also have little faith in the general public ever since they voted against Noel’s Caravans.