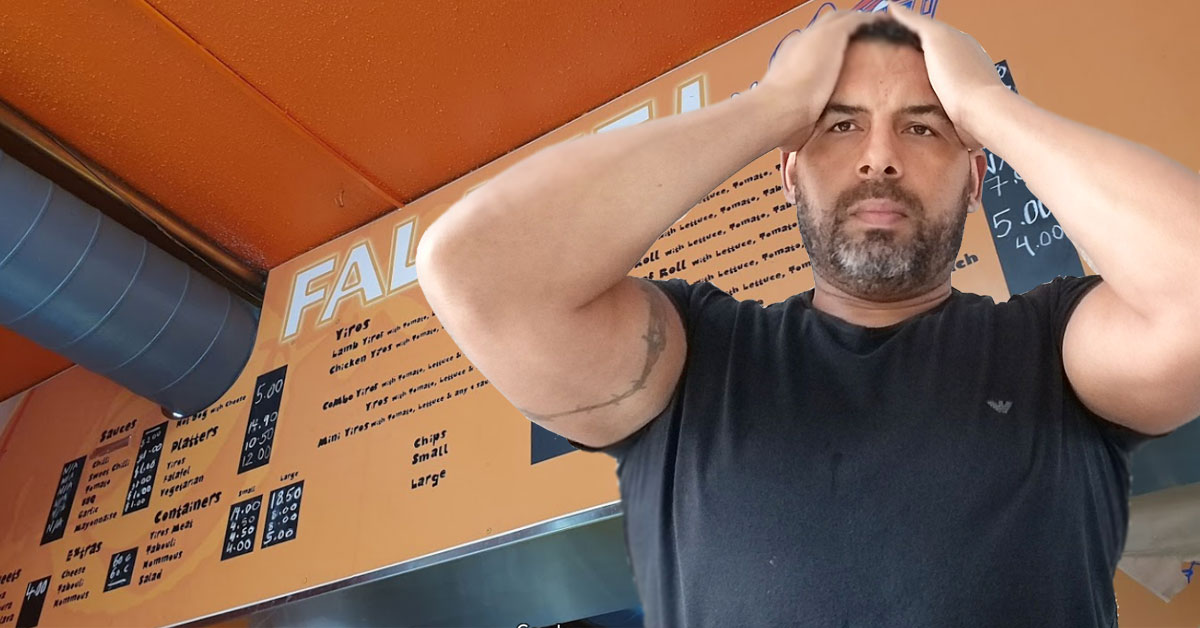 A tourist visiting from Sydney’s Newtown has confounded the owner of a North Adelaide yiros shop by attempting to order a Halal Snack Pack for his lunch.

‘I just let him go on, to be honest’, says owner of Green & White Cafe owner Didgyawant Garlicksors. ‘Yeah, of course I know what a bloody HSP is, I’m not an idiot. I just thought it was funny watching him go through all of these different attempts at explaining what one is’.

‘He started off by simply trying to explain what it is. You know, chips, meat, sauce. I pretended to not understand what meat is. So then he spent the next hour pointing at the spit. I just kept picking up things that were sort of near the spit. You know, the chip basket, the specials menu. At one point I started making him an AB with chips and a can of Fanta that I pretended he was pointing at’.

Von Johnson reportedly became so exasperated with Garlicksors’s farce of pretend misunderstanding that he began acting out the ingredients as if it were a Fish & Chip Shop-themed game of charades.

‘By the time he was laying down on the floor pretending to be a chip with a big red blanket over him to represent tomato sauce, I did think about giving in. Obviously, I didn’t. Eventually I did say “oh, you mean an AB?” and served him a delicious combo AB. I mean, who calls it a Halal Snack Pack? What a stupid name. After-birth, now that’s a commonsense, classy name’