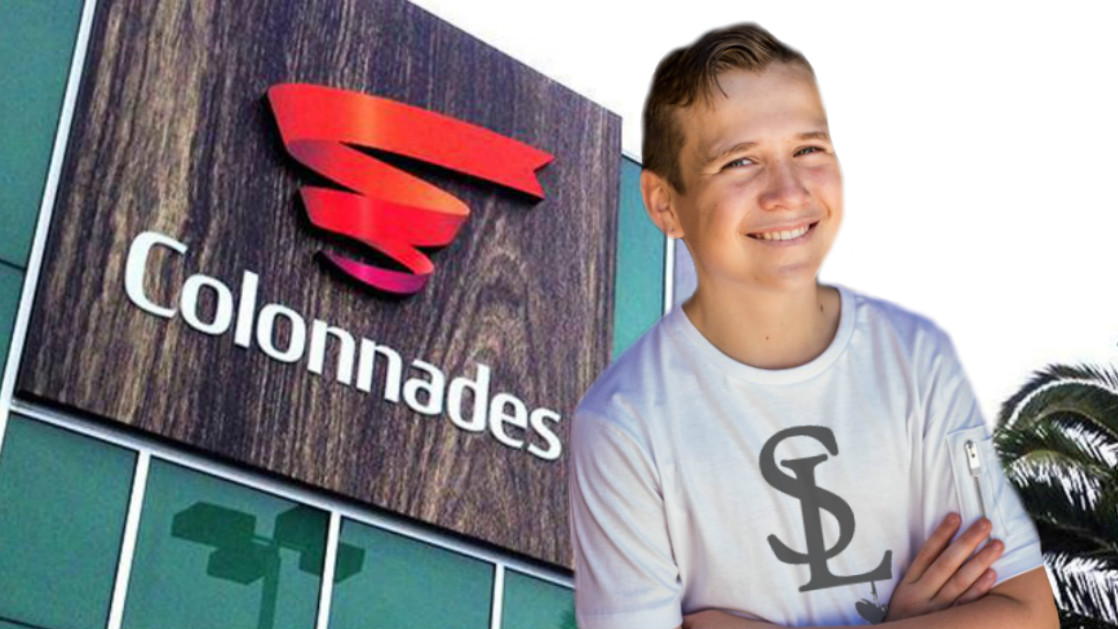 Jackson Goldsmith, a former part-time student at Wirreanda, has become a local cult comedy hero since renaming Colonnades to “Colon Aids”, to the point where his fame has become so overwhelming that he must continue to no longer attend school.

Speaking on-site with Adelaide Mail reporters who just happened to already be at the Colonnades Tavern at 9:30am on a Tuesday, a heavily disguised Jackson told us of his creative process.

‘Well, I was just hanging out at Colonnades, listening to some Aussie hip-hop on my phone speaker in the Green Area, when I looked up to the sign and, much like a premonition, it just came to me’.

“I can’t believe nobody has thought of it until now!”

‘I can’t believe that nobody has ever thought of it before’, said Jackson ‘Clearly I have some sort of affinity with southern suburbs comedy. That’s why next year I’ll be performing a whole 90 minutes of comedy with my new show “Souf Stand-Up” at the Adelaide Fringe’.

‘Here’s a little example’, said Jackson clearing his throat ‘What’s the deal with Hackham? More like “Crackham” if you ask me….And anyway, what is the deal with Noarlunga “Kiss and Ride”, I’m not talking about the train station, that’s just what I call my bedroom, ladies’.

‘So yeah, that’s pretty much all I’ve got’, said a confident Jackson ‘I’ll probably write more closer to the date to fill the time out’.

Jackson has now taken a role as a journalist for Adelaide Mail.