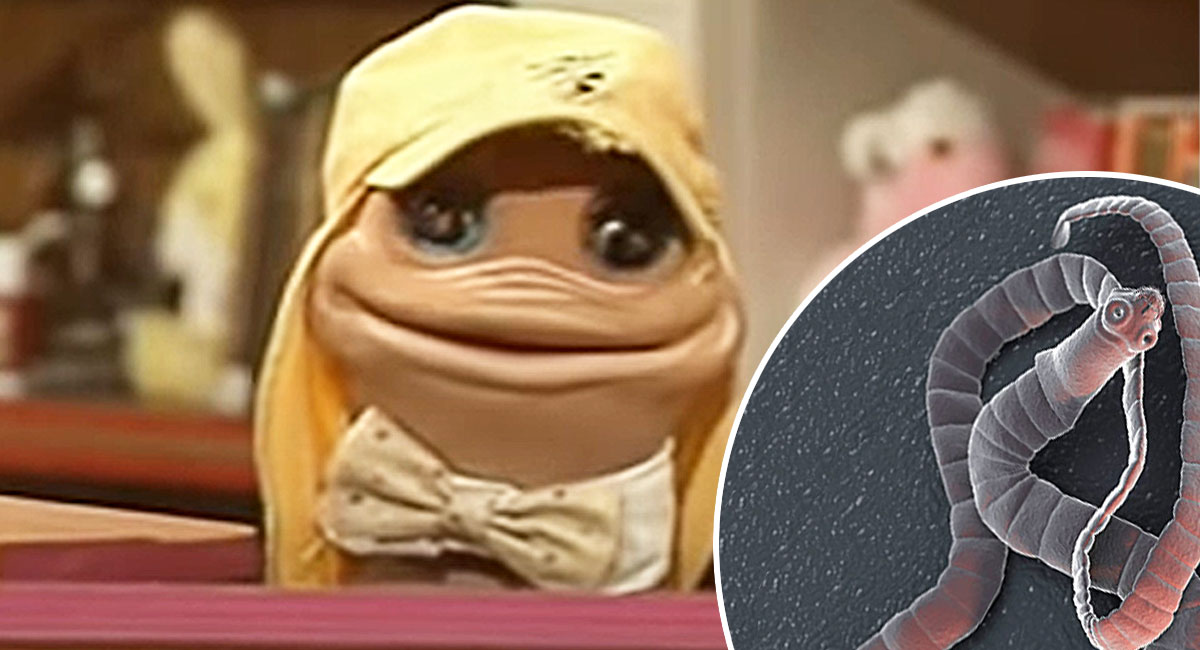 Here’s a nostalgia hit for kids who grew up in the 90s, remember the Bookworm? He was that grotesque worm upon whom former Prime Minister John Howard based his entire brand. He also co-hosted the Channel Seven kids’ TV show The Book Place.

The move to appoint a talking worm as a co-host of a national kids’ television show was seen as a bold and positive move by TV execs at the time, having long been accused of employing non-worm actors to play worm characters. A casting practice described as ‘wormwashing’.

However, despite the positive impact on the industry, the Adelaide Mail can now reveal that the actor behind the Bookworm was actually a tapeworm and not a legitimate earthworm, as was widely thought to be the case.

The news comes as the tapeworm is revealed to have won several other roles under false pretences, including that of a homosexual, Pacific Islander earthworm in an as-yet unaired Chris Lilley series.

Upon learning of the news that the tapeworm had lied to secure the role in the series, Lilley told reporters: ‘I’ll just play the role, that was what I wanted to do in the first place. It’s in my range. I’m brilliant. I mean, have you even seen Lunatics? I HAVE THE FUCKING RANGE!’

The revelations won’t stop the bookworm/tapeworm however, his new-found fame has seen him become a poster-child for Australia’s right wing. The worm has already landed a spot on Sam Newman’s podcast, replacing journalist Mike Sheahan. Meanwhile, Sky News is said to have already filmed a pilot episode of The Worm Report.