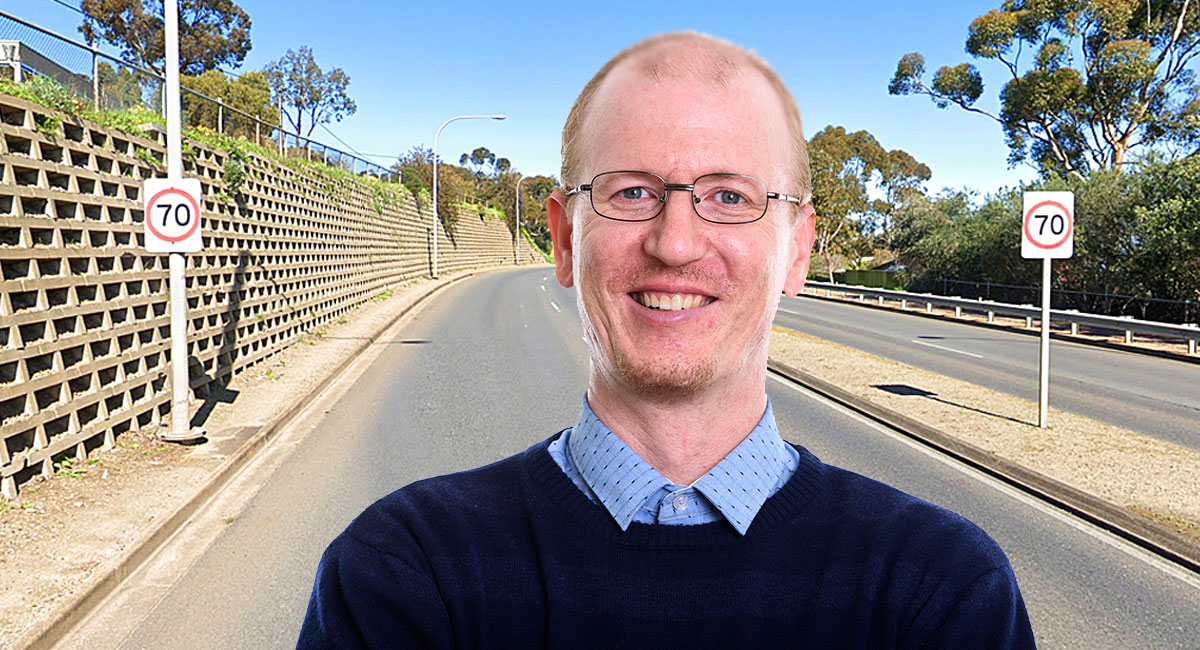 A Moana resident who commutes to Adelaide’s eastern suburbs every day for work, has once again sent his compliments to DPTI for that twenty metre stretch of Fiveash Drive where the speed limit goes from 60kmh to 70kmh.

Elmer Poppleton works as an Egg Tester at Norwood Foodland and says that the drive home would be nightmarishly long, if not for that twenty metre stretch of Fiveash Drive where the speed limit goes from 60kmh to 70kmh.

‘My drive home every day would be nightmarishly long if not for that twenty metre stretch of Fiveash Drive where the speed limit goes from 60kmh to 70kmh,’ Poppleton tells us in a quote that will surely see another of Adelaide Mail’s subeditors stood down.

‘It used to be 70 for far longer along that road, but to be honest, that was a bit much. A bit show-offy for us Southies. Why would you want to live up north? You’ve got everything you need right on Moana’s doorstep. Beaches, McLaren Vale, Mick O’Shea’s Irish Pub.’

Poppleton continued to list off all the benefits of living on the south side of the city in a completely unprompted monologue. However, because the entire Adelaide Mail staff have never stepped foot anywhere south of Westfield Marion, we couldn’t really continue quoting him.

The Department of Planning, Transport and Infrastructure told Adelaide Mail that the twenty metre change in speed limit has been so effective that they will look at rolling out even shorter speed limit zones around the city.

‘North Terrace could be next in line for a trial, we’re always looking at ways to make driving down that street more infuriating,’ DPTI’s Head of Infuriating Speed Limits and Arbitrary Speed Limit Lowerer Frank Goosbelt.

‘We’re thinking we’ll go 50kmh, then when you pass Gawler Place, down to 25 for about twelve metres, then back up to 40, then we’re thinking of a new type of speed limit once you pass King William where you have to drive at exactly 27kmh for thirteen metres…I hate motorists.’