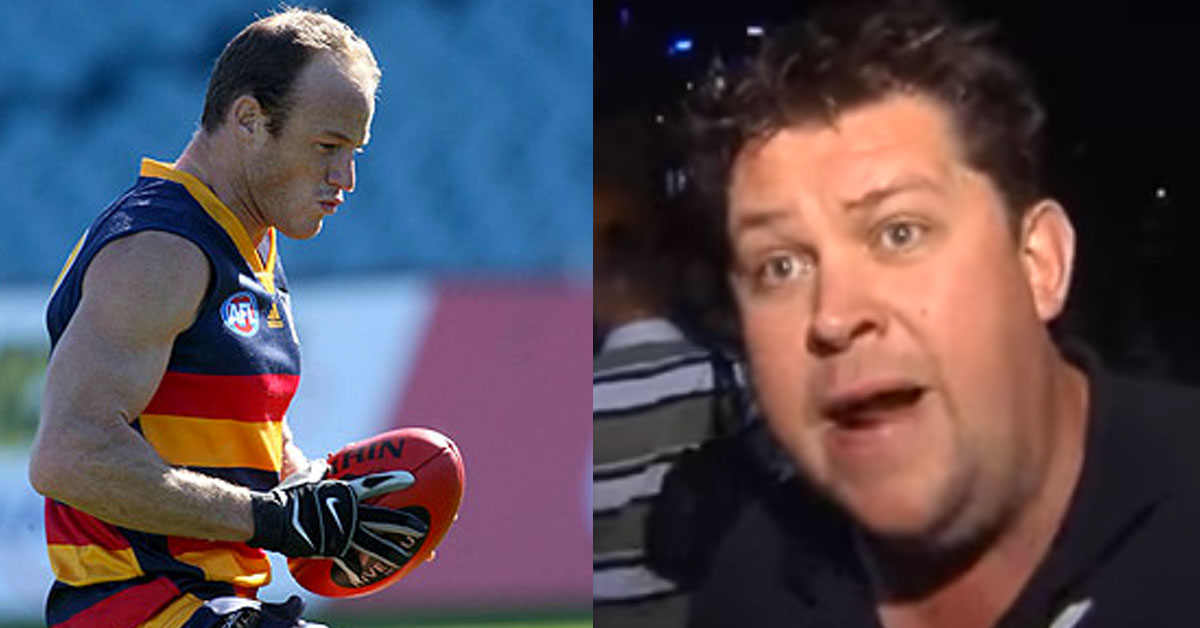 Their forward line has been a constant source of contempt for Adelaide Crows fans since Tony Modra packed up his Peter Shearer Menswear suit and beautiful blonde locks for Fremantle.

And throughout each post-Modra incarnation of Adelaide’s forward line setup sat a player designated as resident ‘spud’ and the target of every nuffy Crows fan’s ire.

Then Ken McGregor, football’s Charlie Pickering. Starting off as a joke, he quickly sought to be taken seriously and ended up fancying himself as more of a journalist than a comedian/footy player, I mean, The Weekly is seriously bad.

But it was Ian Perrie that most captured the anger of Adelaide fans. For Donathon Jackdaw, his retirement led to a confusing cocktail of feelings.

‘I spent almost a decade hurling abuse at Sarge’, says Jackdaw. ‘It wasn’t mean-spirited though, I reckon it helped him, especially in front of goal. Who knows how many more behinds he’d have kicked if it weren’t for me shouting “useless” at his back every time he lined up from half-forward.’

‘So when he announced he was retiring, it sort of left me in limbo. I mean, sure we’d have Tippett and Josh Jenkins to shout at, maybe even Trent Hentschel now and then. But it just wasn’t the same as shouting at that dickhead Perrie. Really made it difficult to support the team, you know?’