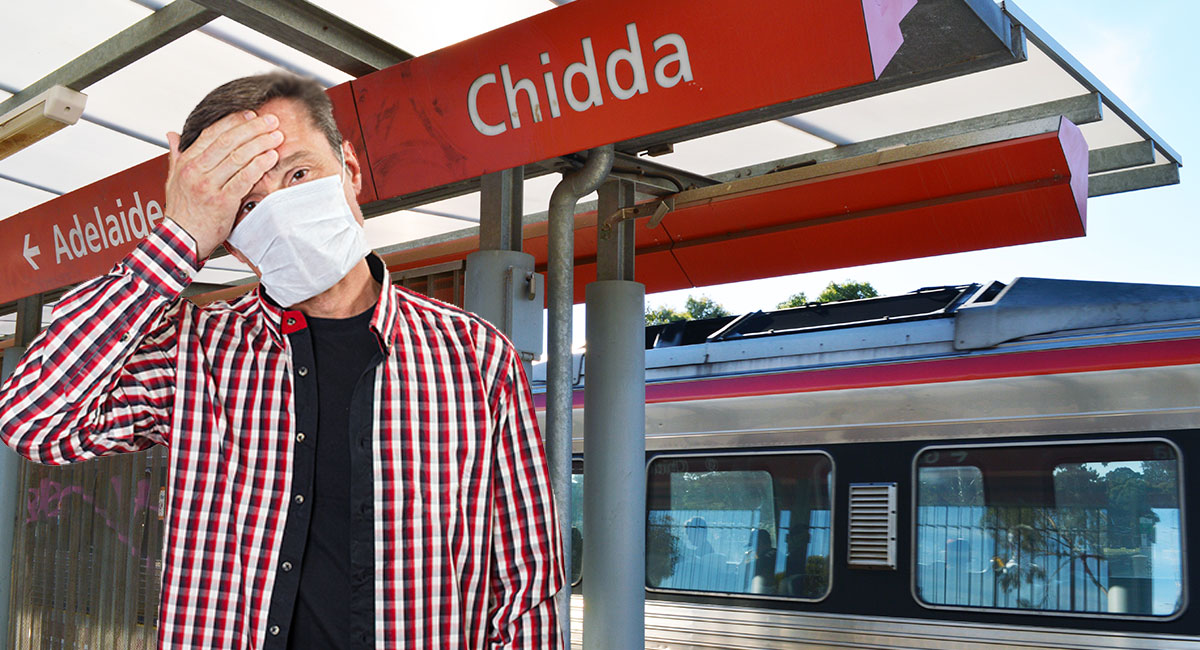 Four Victorians have raised the suspicions of fellow passengers when they attempted to alight at the mythical Chidda Railway Station.

The four men had concealed themselves on that seat next to the driver that nobody sits on because it’s just weird to look out the front window of a train, before attempting to make a dash for the doors at Chidda.

Startled onlookers were quick to report the four Vics, who clearly had no idea that Chidda is not a real station, but merely an invention placed on Adelaide Metro maps as a tax dodge for transport minister Stephan Knoll.

Scotty Froml attempted to recount the story to Adelaide Mail, although refused to turn down the Aussie hip hop that he was playing on his phone. Loudly.

Froml then somehow found a way to make his phone go even louder and started rapping along to the third verse of a song that really seemed like it could’ve ended minutes ago. We backed away, alighting the train only to find ourselves at Kudla which is an equally bullshit station.