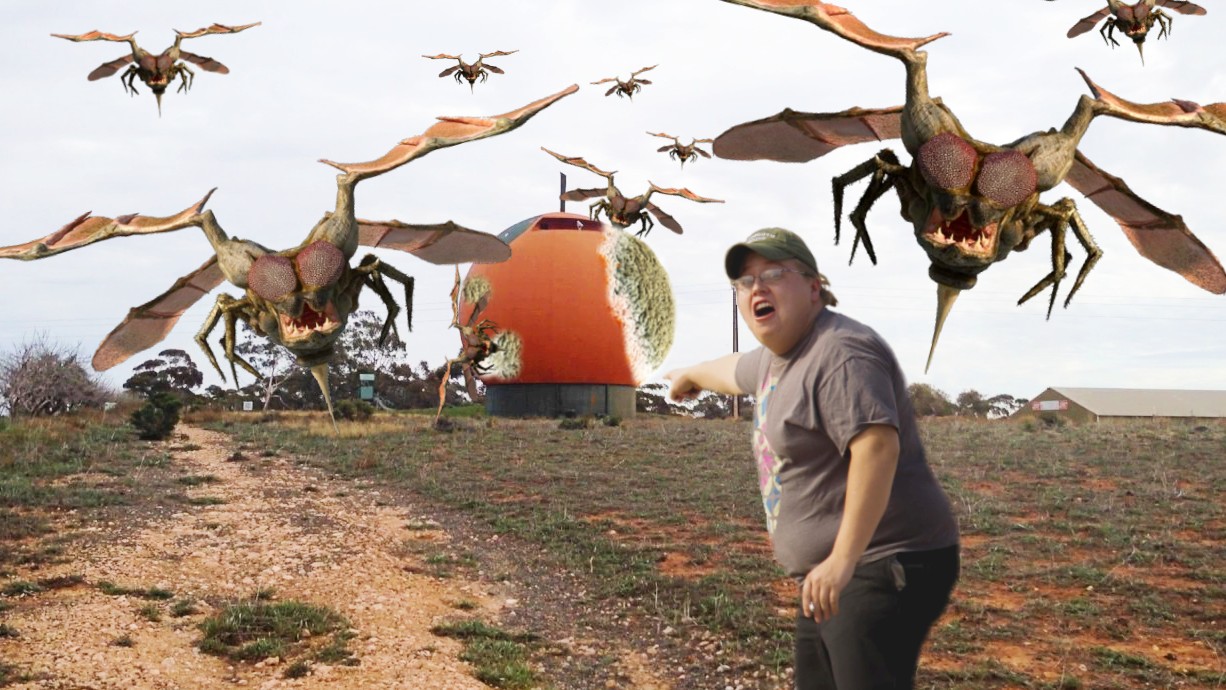 One of South Australia’s most famous closed tourist attractions has been left to rot for years and is now attracting something else. Fruitflies.

These aren’t just any fruitflies though, a Big Orange attracts Big Fruit Flies, and these are fucking terrifying.

You think the suburbs have a fruit fly problem? Just wait until you see what’s happening in Berri or Monash or Barmera or Renmark or wherever the Big Orange actually is now, I haven’t looked it up.

The wingspan of these fruitflies is over 3 metres and there have been reports that after feasting on the rotting Big Orange, several heads of cattle have been devoured by swarms of the beasts.

Adelaide Mail spoke to one local resident who stated ‘AAAAAAHHHHHH!’ as he ran from the scene.

Due to safety concerns, children in the Riverland are being urged to continue not attending school as usual.

Awarded “Best South Australian Columnist” for his long-standing high score on the Sega Mega-Drive game “Columns”, Dan writes for the Adelaide Mail as part of his community service order.