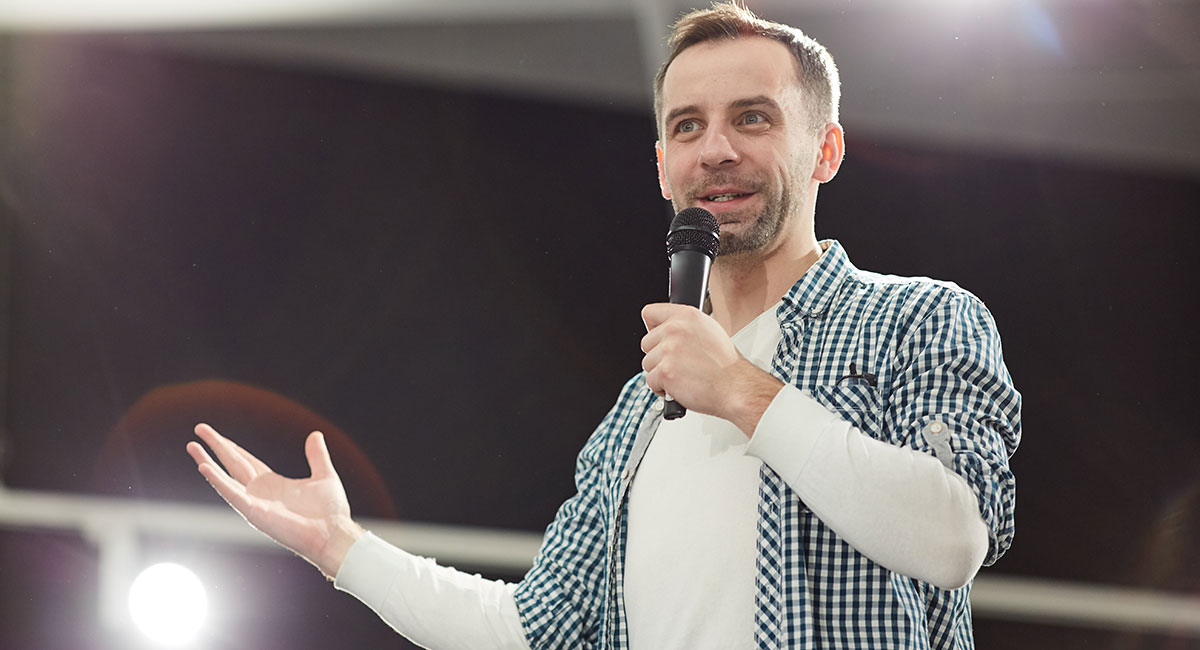 A Victorian comedian whose only knowledge of South Australia comes through Kane Cornes’s Twitter spats, stories from an uncle who spent three months here in the ‘90s working on the subs and Australian true crime podcasts has tried his hand at some local gear during his first visit to the South Australian capital.

Darren Fletcher, a comedian whose name is just as forgettable as his material, his face and his promotional poster (which is just a photo of Darren pulling a slightly quizzical face in front of a primary colour background, as is mandatory for all comedians’ posters, ever), booked a breathtakingly optimistic twelve shows at Frome Street’s Rhino Room.

‘I wanted to localise some of the material, so I’ve just thrown all of my knowledge of South Australia into the show’, says Fletcher while also asking me what I do for work. Although he’s not quite good enough as a stand-up to do anything with the response.

Even after I began feeding him lies about my profession by telling him that I work at a sewage treatment plant as one of those guys who has to get in a dinghy on one of the poo lakes to make sure that none of the waste sits stagnant for too long the best he could come up with was ‘Ha! That sounds like a shit job’, although I’m not even sure that he realised that he was making a pun. Albeit a bad one.

‘I’ve worked in a few gags about Snowtown and how many zany murders there are in Adelaide. I’m not sure if you South Aussies are quite ready to hear them yet, but I think if I get the right audience, there are going to be some big laughs and maybe a couple of shocked faces in the crowd’.

‘I don’t think anybody’s done any of this type of gear before, it’s pretty new and exciting. For example, I have a bit about how I booked an exit row on the way back home…just to make sure that the airline could fit both me and the barrel that I’m bound to be going back home in. Get it? Because of those awful murders’.

Thankfully, not all of Fletcher’s South Australian material is about its reputation as Australia’s murder capital.

‘I also have about 15 minutes on how boring Adelaide is. If the Snowtown stuff doesn’t get you lot on-side then my gags about how much more exciting and interesting Melbourne is will win you over’.

Editor’s note: Fletcher’s remaining shows have been cancelled due to poor ticket sales and also because he (along with 9 others) disappeared in mysterious circumstances. Although he’s still claiming his Centrelink payments, which is weird.