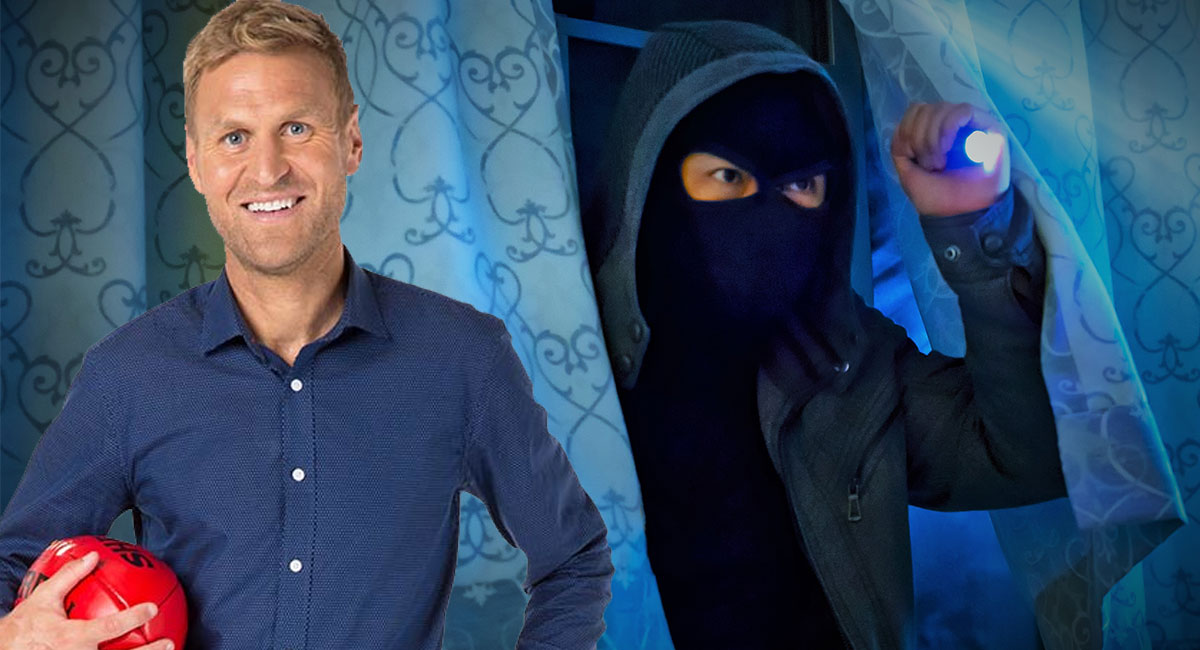 Now, we’re not ones to typically use this platform to air grievances about petty disputes with our fellow K-grade Adelaide celebrities. However, we feel as though we have been victimised and bullied over this and that it’s perfectly reasonable to use this (completely unrelated) media outlet to get on the front foot.

We believe that we have a pretty good relationship with the Corneses. We like some of Kane’s tweets, are aware of SheShopped and attended the same restaurant once, admittedly several weeks apart, but still, we were there.

So you can imagine our shock when we log on to Instagram to read a comment from Kane Cornes labelling us thieves, simply because we broke into his house when he was sleeping and stole a bag-full of SEN merchandise.

‘Where’s the thief emoji?’, Kane wrote in response to our since-deleted Instagram post displaying the contents of our grab-bag of goodies including a life-sized standee of Craig “Hutchy” Hutchison signing a new contract, a deflatable Michelangelo Rucci doll and a stack of bumper stickers reading “SEN SA Rocks a small radius of Adelaide suburbs because of serious transmission problems”.

We would never steal anything from anyone and actually had received clearance from the Corneses’ real estate agent saying that we had permission to take anything we wanted from Kane’s home office. At least we assume he was their real estate agent. He was standing out the front of their house, next to a BMW talking about he much he detests anybody earning less than $150,000 a year, so he was either a real estate agent or a Young Liberal volunteer.