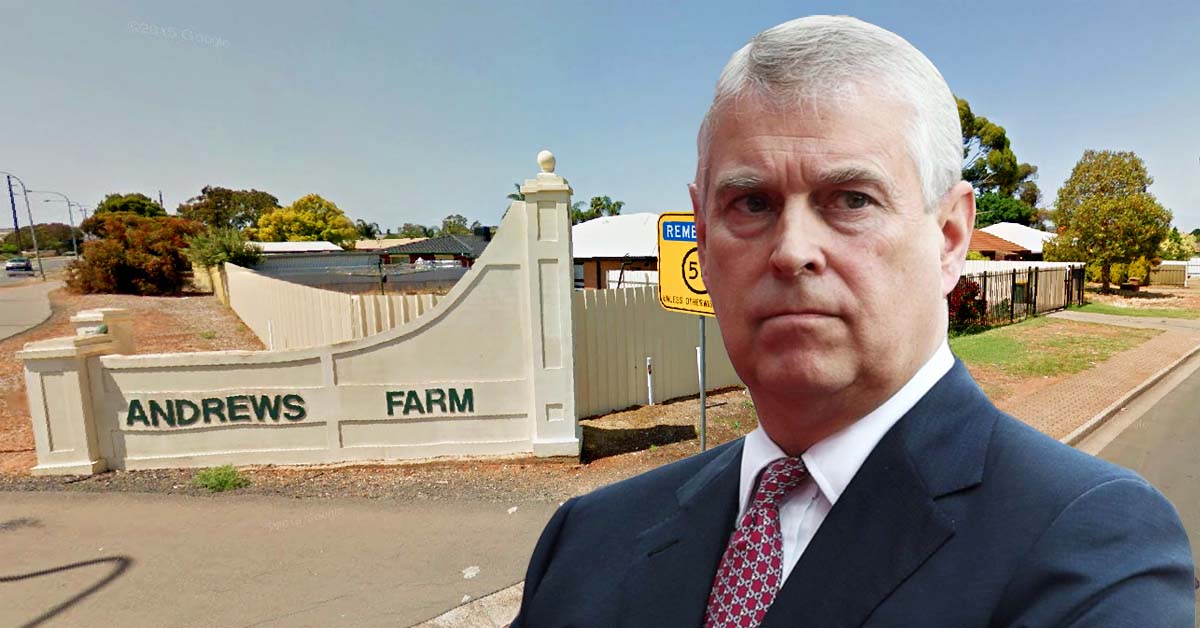 In a move as ill-conceived as allowing Prince Andrew to give the BBC an interview about his relationship with disgraced sex offender, Jeffrey Epstein, Buckingham Palace are now sending him on “retreat” to Andrews Farm in Adelaide’s north to “recharge and get away from the disrespectful British tabloids” according to a brief media release.

The Prince’s aide, Emily Worthington-Hamilton-Bedlington-Smyth said “We needed somewhere at short notice, that was affordable, had a country or farm feel, and where the internet access meant that people may have not yet heard about his alleged indiscretions, so Andrews Farm near Adelaide was perfect”.

“To be honest, he’s not the brightest spark and he thinks he owns everything, so he was always likely to tell his driver from the airport that he was going to Andrew’s castle or farm, so this way he shouldn’t get lost either.”

When questioned on how the Prince would cope going from the cold of England to an Australian summer, Worthington-Hamilton-Bedlington-Smyth said “We understand it’s a little warm there, but with his inability to sweat due to his Falkland Islands experience, he won’t be embarrassed by looking unbecoming due to sweat patches under the armpits”.

Andrews Farm resident Jono Goyudogs commented “That sweat stuff is a load of BS. The only reason he doesn’t sweat is because he’s never had to lift a finger in his life, he’s always got us blue collar workers to do all the heavy lifting for him. You wait until he gets some of that Adelaide Plains summer heat and actually has to carry his own shopping to the car”.

Local teens were shown a photo of the Prince who they didn’t recognise but were unanimous about him looking creepy and all said that they’ll be keeping well away from him, unless of course they feel like baiting and heckling him, which they inevitably will.

As to what the Prince will do once he reaches Andrews Farm, it’s unclear, but his aide added “We just needed somewhere away from any economically vulnerable young women, so we searched the Australian Bureau of Statistics socio-economic data and saw Andrews Farm is in the number one decile.”

After a poorly disguised chuckle from the Adelaide Mail reporter, Worthington-Hamilton-Bedlington-Smyth faltered and said “Number 1 is good right?”