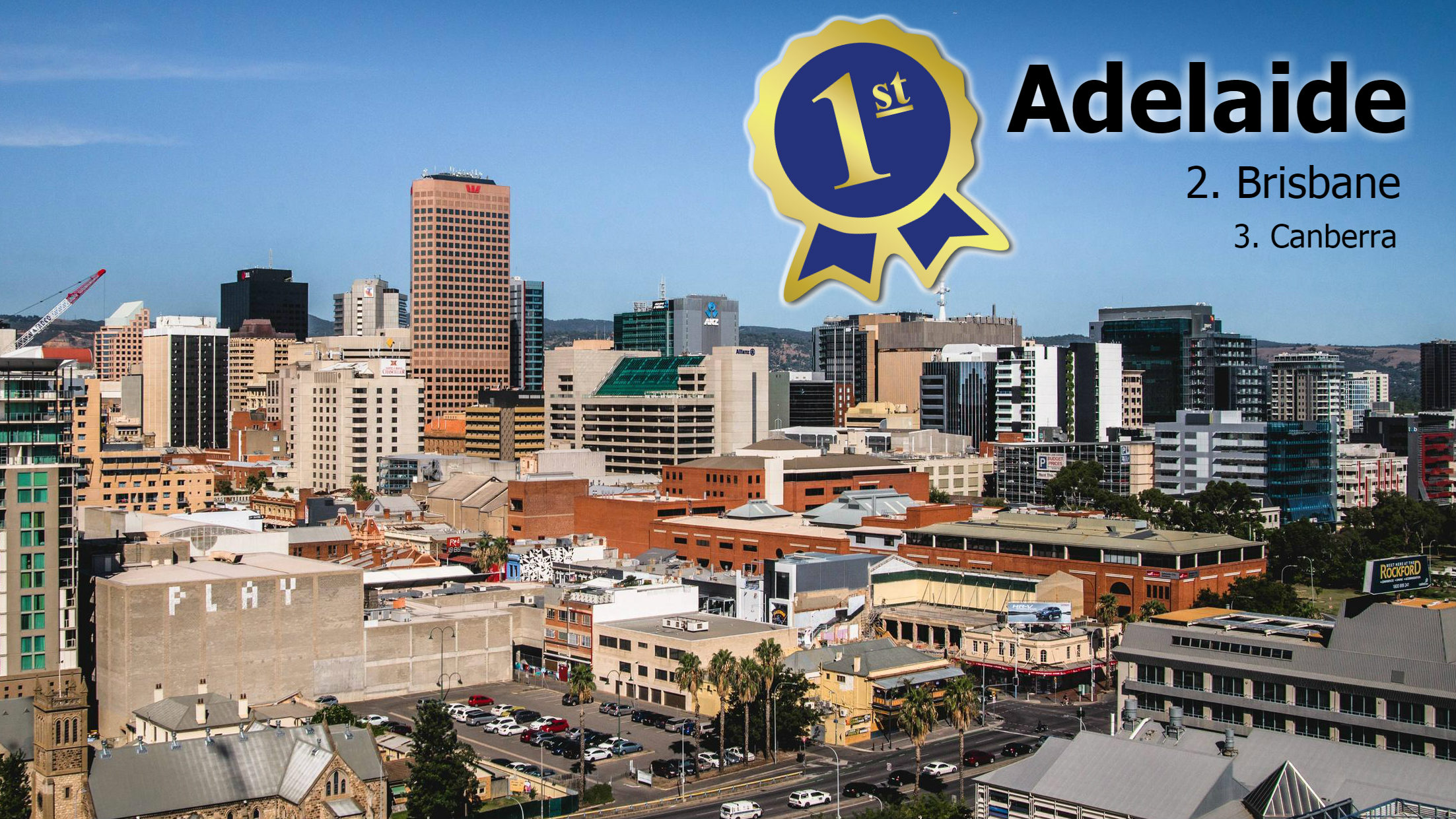 ‘An honour that comes as no surprise to many of our residents’, commented the Lord Mayor at the lavish annual awards ceremony held on the Gold Coast. ‘We’ve always known our city is absolute second to none when it comes to a rating of this type’.

Holding off close competition from Brisbane and Canberra, the announcement of Adelaide topping the rankings in this category will undoubtedly give great pride and bragging rights to many South Australians.

‘We’ve always known our city is absolute second to none when it comes to a rating of this type’.

The Lord Mayor stated he is confident in the city taking home the award again next year, despite rumours of Sydney planning to purchase the business name of a local moving company that has spent the last two decades at the front of the White Pages.

However, the name AAA Aardvark Movers City is unlikely to be readily accepted by residents of the New South Wales capital.

To hear the hilarious story of how our award-winning city got its name, have a listen to the ‘Queen Adelaide’ episode of AdeLOL, a SA comedy/history podcast.