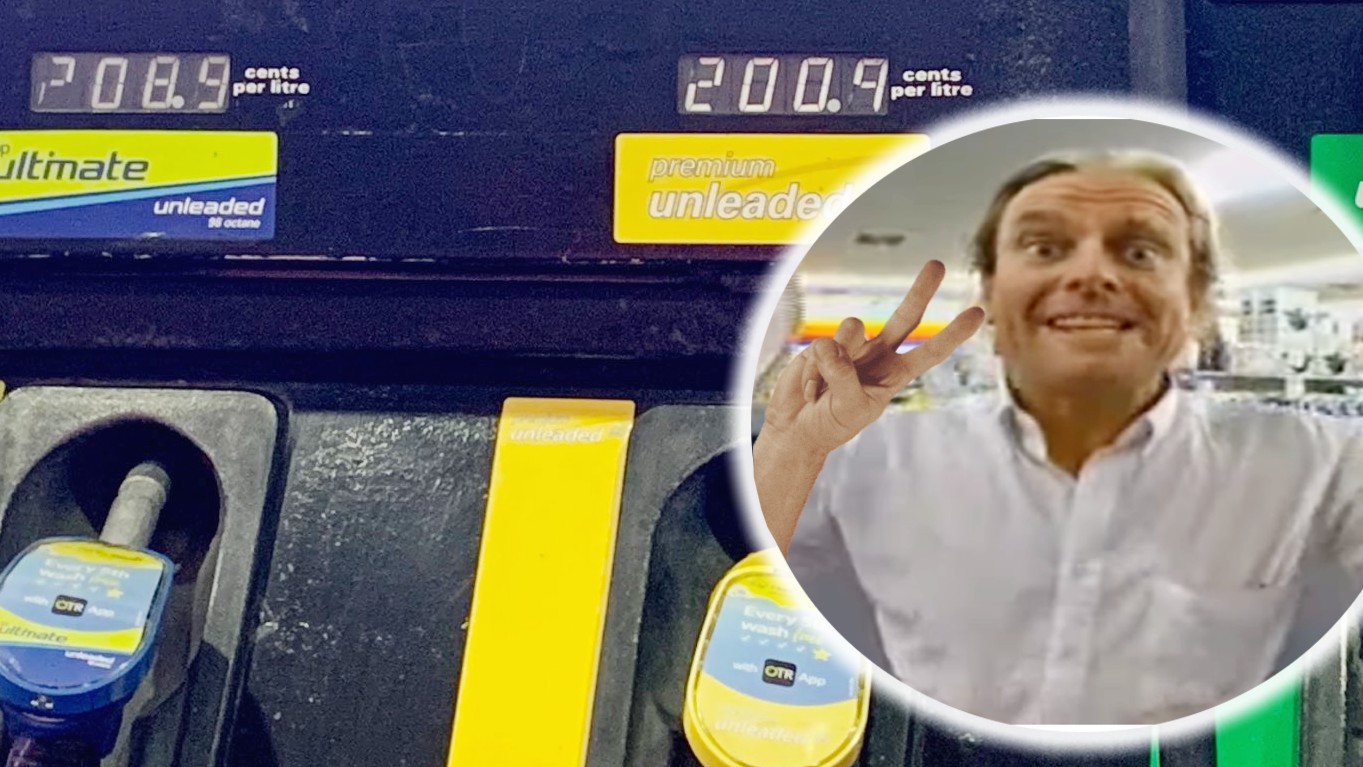 ‘Once I saw that we’d finally hit two dollars a litre I knew that it was time to dust off the old Cunno’s fingers and get back into doing what I love’ said Geoff to Adelaide Mail reporters, waving his fingers in our face as we were reluctantly filling up at the Modbury OTR.

‘And it’s not just petrol, I’ll be selling’, Geoff exclaimed as he excitedly led us into the OTR ‘Look at all these fantastic items they’ve got in store!’ he exuberantly declared while grabbing some random shit off the shelves.

‘Packets of chips! How much would you pay for these at a supermarket? Maybe three dollars? Not here, just six dollars! That’s right, only SIX dollars!’ he yelled before throwing them over his head.

‘Also, small bottles of tomato sauce! Heaps of the single variety in stock, just seven bucks!’ Geoff proclaimed whilst manically opening and spraying several of them on the floor for shock value.

This intense display continued for almost 20 minutes. With energy drinks sprayed across the roof, cigarettes strewn all over the floor and iced coffee poured all over the iced coffee flavoured donuts, the Modbury OTR was looking very messy, even by OTR standards.

When Geoff finally paused for a moment while trying to figure out the price of a Violet Crumble, we asked when he would be filming the commercial.

Note: Big thanks to David M. Green for this story idea. For some actually fantastic South Australian retro TV content, check out David’s work on VHS Revue and Good Afternoon Adelaide (they are WAY funnier than us).