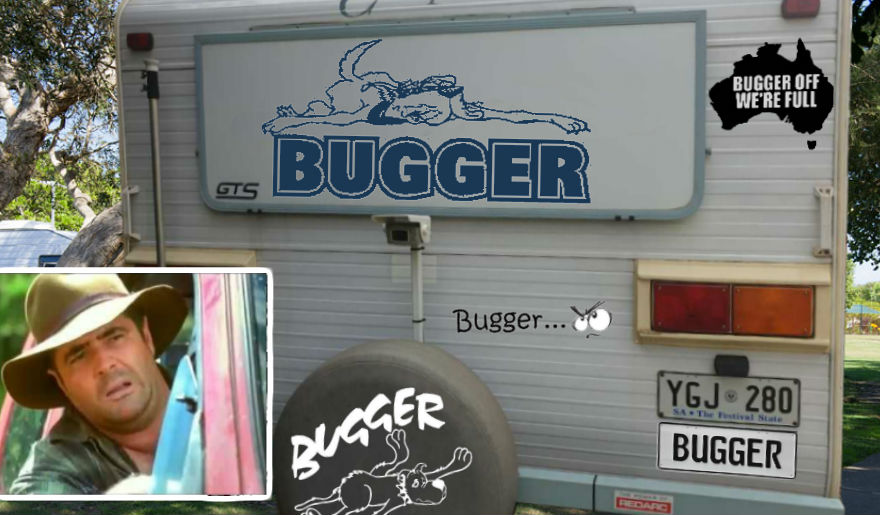 The 20th annual Caravan Recreation Area Park comedy awards were held at Lake Bonney last weekend, with one classic comedy piece continuing to take out every single award since its emergence in 1999.

The 1999 Toyota Hilux commercial depicting a series of farming mishaps, each provoking the laconic comment, “bugger”, has truly cemented itself as the gold-standard of comedy with recreational campers, beating out contenders in all award categories including “best Hilux related humour”, “subtle satire”, and “best use of the word “bugger” in comedy works”.

This fact is clearly evident by the sheer volume of “bugger” stickers, shirts, stubbie-coolers, back-tattoos, bottle-openers and other miscellaneous junk on display within any South Australian caravan park.

Accepting the awards, Toyota’s advertising representative, Mark Etting, stated ‘We can’t say we’re surprised, this was a stroke of genius by the creative executives two-decades ago which continues to generate a great amount of revenue for us even to this day’. As Etting accepted yet another award, he told the previously unknown story of how the commercial initially didn’t have the same concept ‘The first script was pretty much the same, but when a mishap happened instead of “bugger”, the actor would angrily shout “Argh! Fuck me right in the fuckin’ bum!”. It was good, but we thought that some members of the viewing public could be offended by the term “bum”’.

However, the awards ceremony chose not to air the commercial at the event as a result of the 2006 Moana “Bugger Riots”. Reportedly, as holidaying families gathered at Moana Beach caravan park during the school holidays, the park operators decided to run the Toyota commercial before the outdoor family movie. The resulting fits of laughter eventually turned into a state of mass-hysteria for the campers who began rioting, eventually hijacking cars travelling along Main South Road, which they then took to the streets of nearby Huntfield Heights where they smashed windows, set fires, and vandalised public property, resulting in upwards of $400,000 worth of improvements for the suburb.

Although the “bugger” concept took out every accolade at the ceremony, other honorable mentions for the Caravan Recreation Area Park comedy awards went to “Sexy bikini body barbeque apron”, “CU in the NT”, “The ShitAdelaide instagram feed”, and “Overtly racist bumper stickers poorly disguised as patriotic bumper stickers”