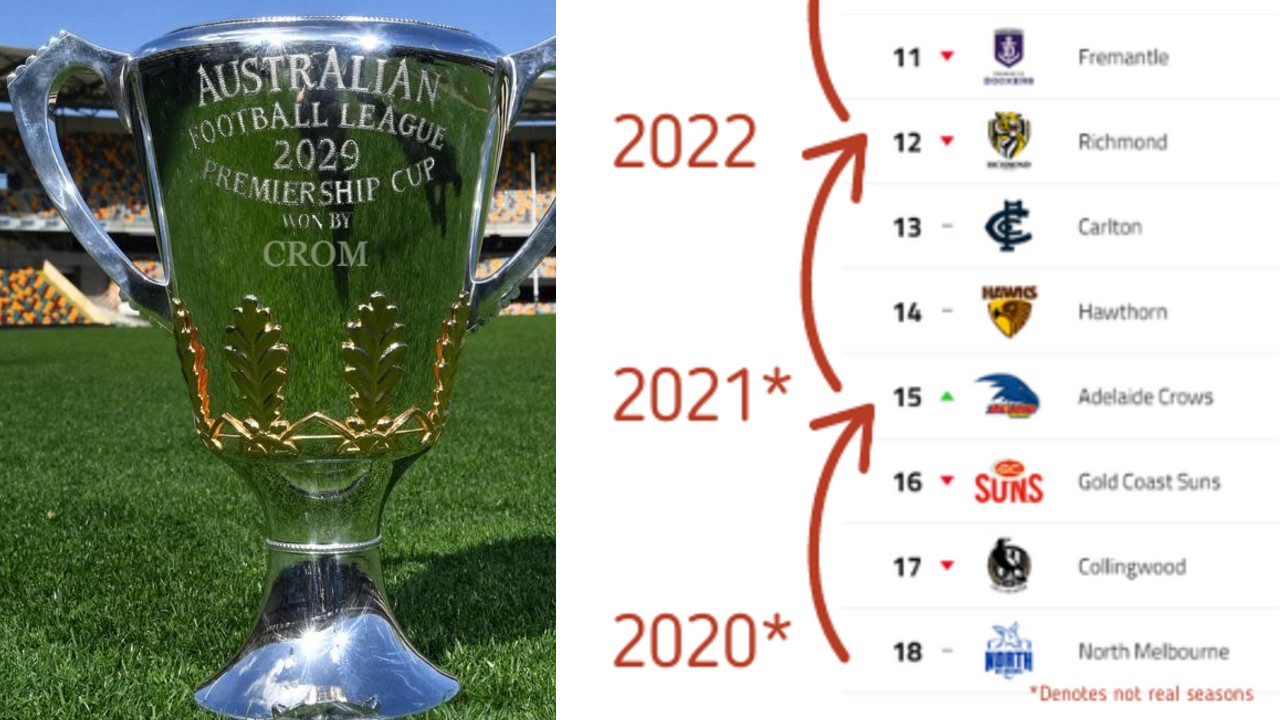 A combination of dodgy statistical modelling, along with the readings from the tea leaves from Crows fans’ thermos tea has shown that with the Crows improving on their 2020 wooden spoon with 15th place in 2021, they are predicted to win the 2029 flag.

However, it’s not all good news for the Crows, as it is also predicted that they will suffer a heartbreaking grand final loss in 2028. After the grand final loss, Crows fans will be all over social media and will split into two groups, either calling for the head of the coach or to hug our boys.

According to the tea leaves, all will not be lost as they show that a group called Kollektive Mindz will come in to save the day. The tea leaves were a little murky from the apricot slice crumbs, but it is believed that Kollektive Mindz will be a one hit wonder band who will have success with a cover of the Richmond team song before turning their talents to sports psychology.

Power fans will also be happy to know that under the tutelage of Ken Hinkley Junior, they will win the far more important May premiership for the 10th year in a row and Hinkley Junior’s contract will be extended until 2045.