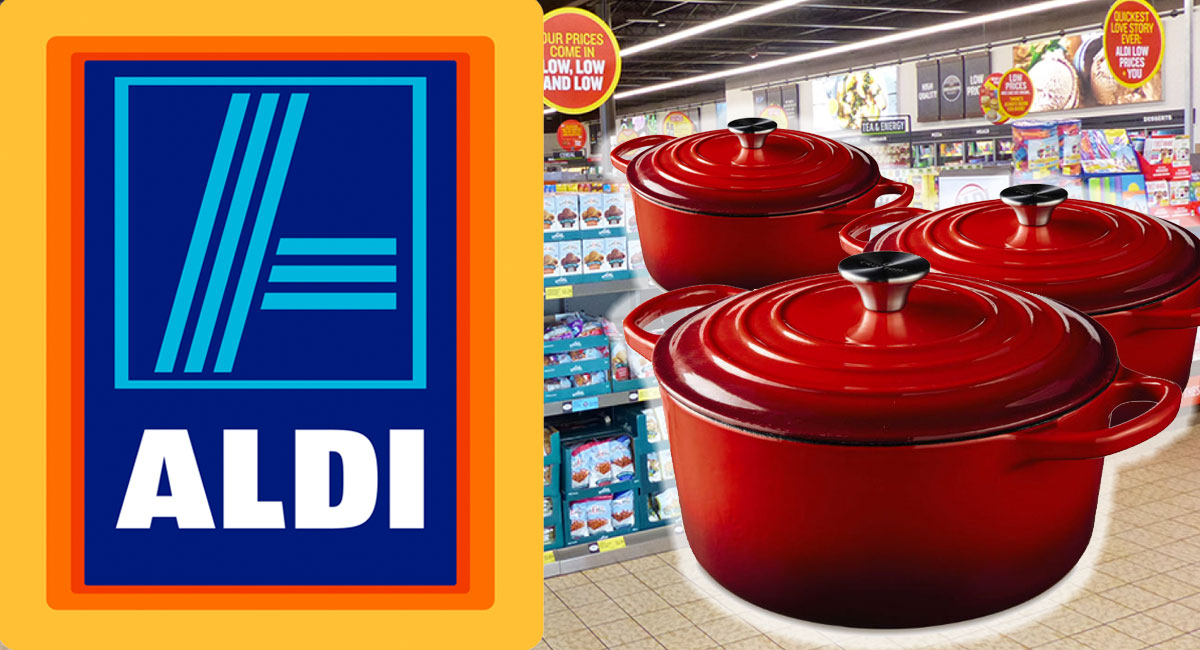 What a glorious year under the good graces of the ALDI gods it has been. Just when we thought 2020 could not get any better, those magnificent German bastards have gone ahead and over-ordered a range of French cast iron cookware.

And of course it’s a bargain! It’s such a bargain that it will nearly make you forget about Australian’s history of systemic racism.

Sure, we’ll admit it. We’ve devoted at least two stories a week on our website to ALDI’s Special Buys, and while you might think that we’re getting some sort of kickback for such shameless pandering, we’re not. In fact, stories about ALDI’s Special Buys are the only ones that you mongrels click on anymore.

I mean, we assume it’s the only thing you’ll click on. We haven’t really tried much else. We did almost publish an article about Australia’s treatment of asylum seekers back in 2018, but then we got a press release about how Coles were going to bring back the Pick ‘N’ Mix to their Tea Tree Plaza store so we ran with that.

But come on, they’re selling a Dutch Oven for just twenty bucks or something! ARE YOU FUCKING LISTENING TO US?!?

It is a massive saving! This particular Dutch Oven would usually sell for $369.00. That’s a saving of over 90 per cent. To put that into perspective, Indigenous Australians have accounted for around 35 per cent of all deaths in custody in Australia since 1991*.

What a bargain. If that doesn’t make you forget that 432 Indigenous Australians have died while in custody since 1991, then we’re just not sure what will.

*Despite only making up 3.3 per cent of Australia’s population.

Editor’s note: No, this is not only a South Australian story. And yes, this is something that we should have been paying more attention to for a long time. But if we don’t talk about this now, then when do we talk about it? Now is not the time to look on at another country’s situation and claim the moral high ground.