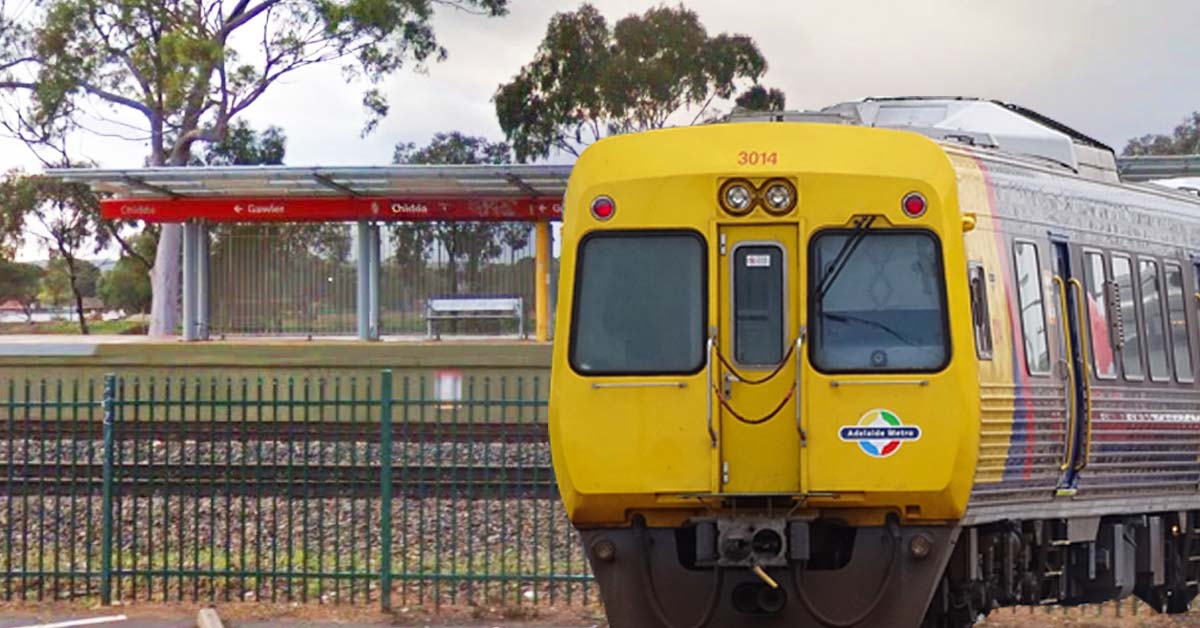 In a completely unprecedented situation, a passenger on a Gawler Central-bound train has alighted at Chidda Railway Station.

Witnesses on the packed northern line carriage report seeing a skittish passenger laughing to himself from the time the train departed Mawson Lakes.

‘I don’t know, I guess that’s when the idea crossed his mind’, says Gawler resident Justin Villagetwin. ‘He obviously thought about getting off at Chidda and became very amused by the very notion of it’.

‘Just after we left Parafield he got up and told a bunch of passengers to “Watch this”. Didn’t stop laughing at himself until he stepped off the train at Chidda. It was really weird. I’ve never seen anyone get off at that station before’.

In fact, studies into the patronage of the station reveal that somebody has alighted at Chidda Railway Station previously, twice.

Don Dunstan was the station’s first passenger when he celebrated its reopening in 1974. The station was not used again until 2001 when a drunk Salisbury resident mistook the station for Nurlutta.

Meanwhile, the joking passenger has not been seen since he stepped off the carriage. Physicists have suggested that he may have accidentally stumbled into a parallel, opposite dimension where everything in the universe is exactly the same exact that Chidda is the most used station on the Adelaide rail network.