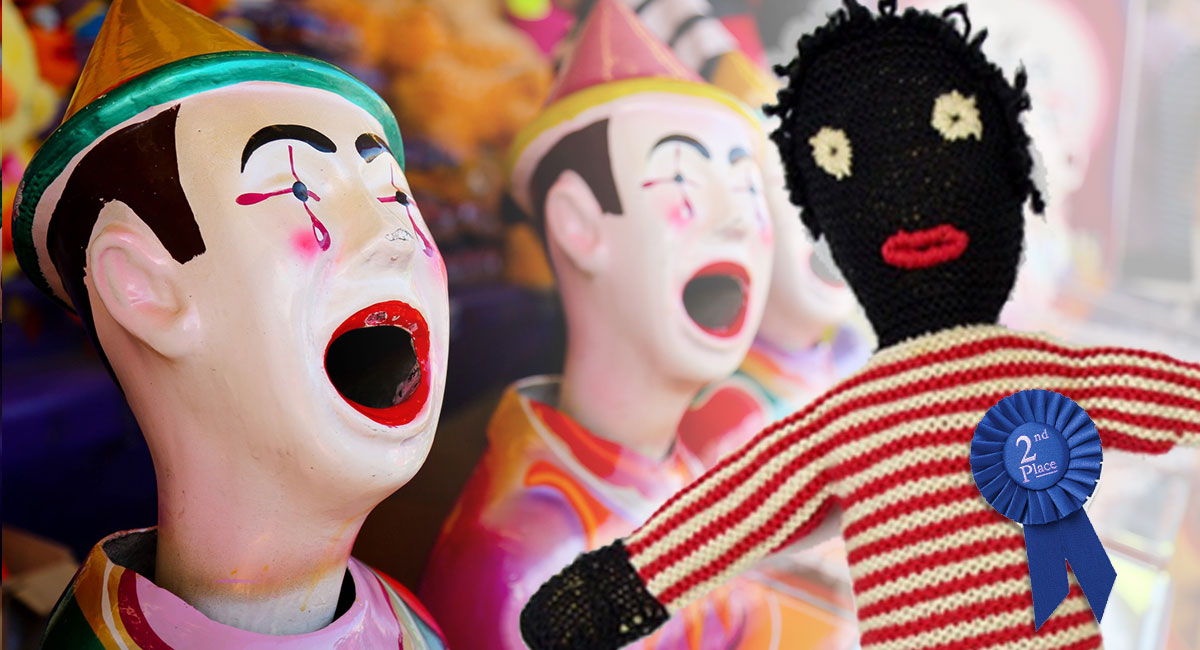 Whilst most agreeing this safety precaution is completely necessary, one South Australian resident is not happy. Victor Harbor resident Elle Durley makes the pilgrimage to Adelaide each year for the Royal Adelaide Show to enter her knitted Golliwog dolls in the “Best Intolerant Handicraft” competition, and is deeply upset by the Show’s cancellation.

‘I’m deeply upset by the Show’s cancellation, you can include that in my quote so you don’t have to repeat it in the opening lines of the article if you wish’ stated Elle Durley ‘First they cancel the AFL, so all my knitted Adelaide Crows gear has gone to waste, and now this! I spend a lot of time knitting these dolls, so being told I won’t be able to showcase them this year feels like I am being discriminated against’.

‘I love making these Golliwogs. What with their black faces, big googly eyes, frizzy hair and giant lips and all. It brings a smile to every white child’s face and also to their parents who are too polite to say anything else. So it will be a real shame to not display them this year’.

When asked if she felt the Golliwog dolls could be deemed as racist in any way, Elle replied ‘Certainly not! They’re just cute little dolls depicting accentuated stereotypical caricature traits of a certain type of people. And just because those from the race they depict say it’s offensive, that doesn’t mean it is. It’s all that bloody left-wing ABC news people listen to nowadays, people are just overly sensitive to overt xenophobia. PC gone mad and all that’.

‘I for one am not racist at all, I’ve had many coloured servants working for me in my time. Plus I’m a big fan of black entertainers like Al Jolson and Wiz Khalifa’.