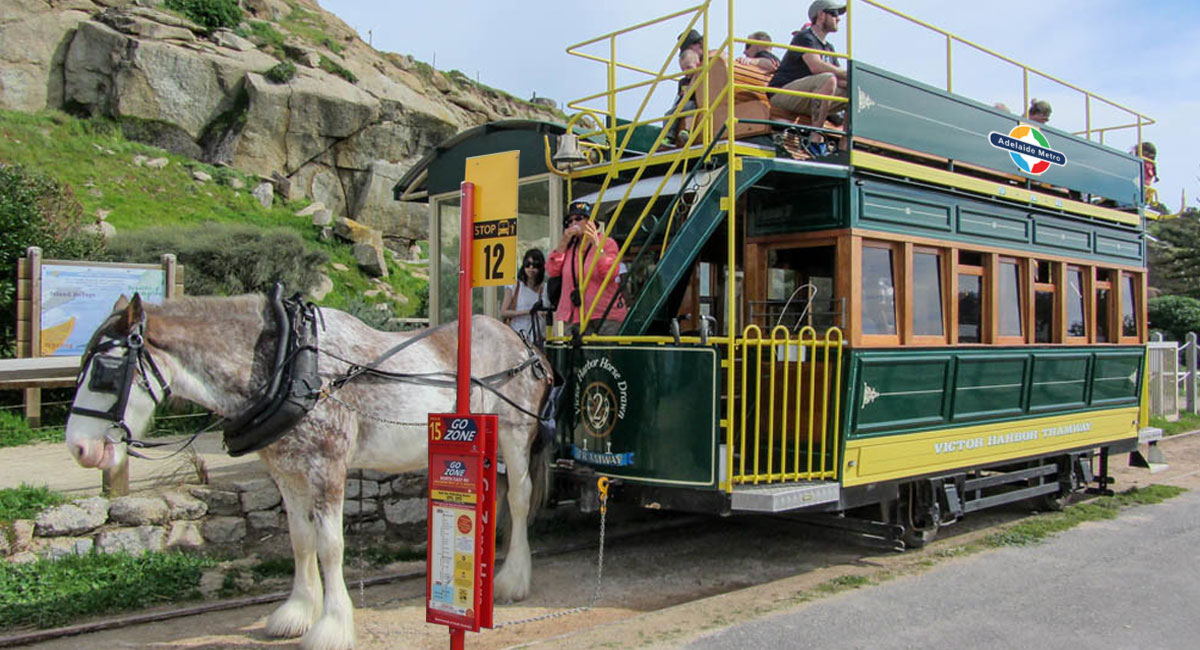 This year’s winners of the public transport performance awards for SA have been released, and it’s good news for patrons of one transport corridor, which remains one of the state’s most efficient, reliable and somehow most frequent public transport routes.

The Victor Harbor horse-drawn tram – which operates along the Causeway to Granite Island every half hour from 10am until 5pm – has beaten almost all other SA public transport services in the big categories at the glamorous annual Adelaide Public Transport Awards.

‘So we look at all of the important aspects when deciding our winners’, says Hugo Onceover, Head of Standing On That Turntable Bit Of Articulated Buses at the APTAs. ‘Obviously, frequency of service is important, how reliable the service is, how useful it is, how much hay it takes to power it, how much poo is left in its wake. And the horse-drawn tram came out the best on all counts’.

‘Some of those old buses servicing the suburbs are running engines with less than one Clydesdale Horse Power. And you’ve got a whole list of bus routes that are way more unreliable than the horse-drawn tram, and that’s a service that doesn’t run when it’s hot…or windy’.