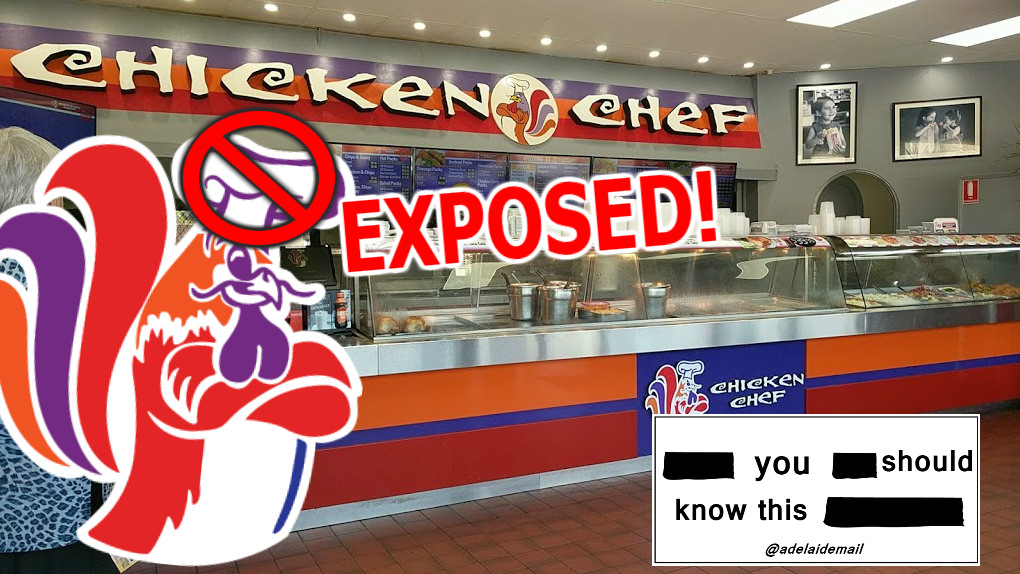 Our undercover reporters undertook an 18 month investigation, resulting in a diet consisting of only Chicken Chef chips and an increased risk of heart disease, in order to get within the workings of the Chicken Chef empire.

Upon gaining part-time employment at the Gilles Plains store, and eventually a place on the franchise’s executive board, Adelaide Mail journalists illegally obtained confidential HR documents showing that the business’ CEO, whilst in-fact an actual chicken, is not a qualified chef. Technically the highest ranking the chicken could be currently awarded is that of kitchenhand.

Although we admit that it is rather impressive for a barnyard cockrel to obtain a TAFE Certificate 2 in Kitchen Operations, let alone establish, administer, and run a successful takeaway franchise, we initially believed that this business coverup would shock many misled South Australians.

But then we thought, with chips like theirs, would anyone really care?

Stay tuned for more South Australian secrets in our “you should know this” investigative journalism series coming soon.