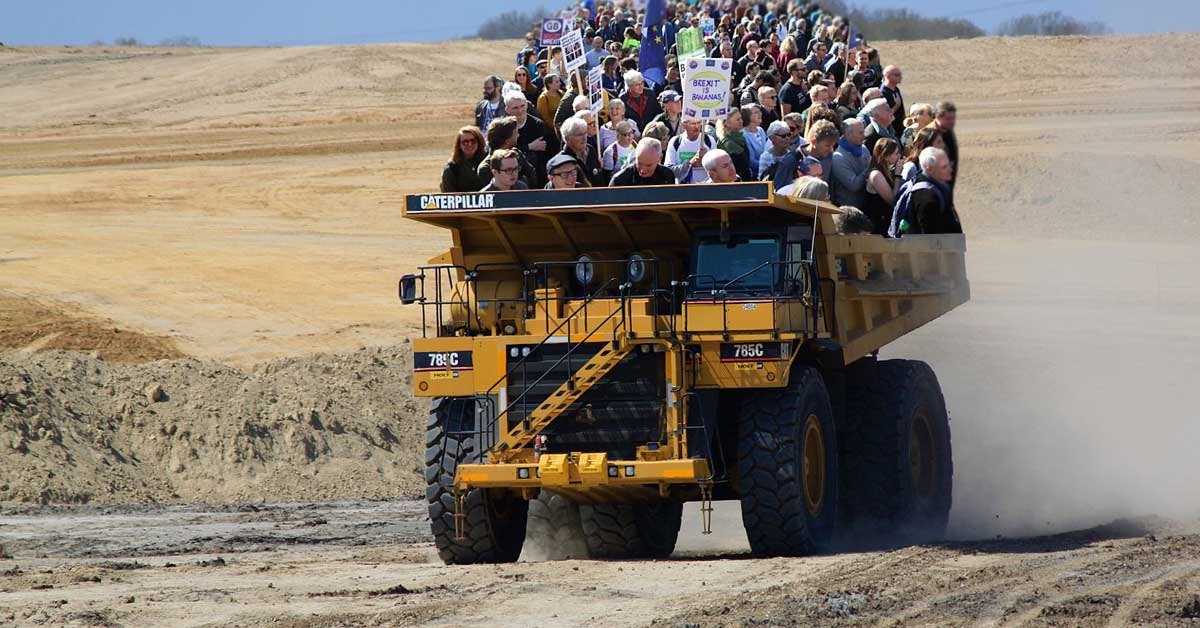 Following weeks of protests, debates and back-and-forth, the state government has finally arrived at a solution that will see their plan to shift sand from Semaphore beach to replenish other city beaches go ahead.

The government’s plan to strip away tonnes of sand from Semaphore beach and cart it to neighbouring West Beach, some 12 kilometres away, has been met with disdain and disbelief by many Semaphore residents.

‘We thought “What’s the best way to deal with protesters and whingers and Semaphore residents who think they know what’s good for the so-called environment”? And our solution was simple: shipping them out to Yorke Peninsula beaches by the truckload’.

In fact, the government’s solution to the protesting Semaphore residents has so far been so successful that the minister is moving to use the trucking solution for a raft of other problems facing the government.

‘We’ve just run a trial to truck out protesting teaching staff to Western Australia which looks good so far. We’re looking at trucking out the coaching staff from both AFL clubs, oh and that parking ticket I got from the Adelaide City Council? I’ve torn it up into hundreds of tiny little pieces. Each one is currently on the back of different trucks being sent to every corner of this country’.

‘But we don’t know why this Semaphore thing has been so difficult. All we want to do is move some sand from one beach to another beach and we have to put up with all these people saying “Don’t take our sand”, like they’re married to the sand or something’.

After weeks of investigative research, Adelaide Mail can reveal that very few of the protesting Semaphore residents are, in fact, married to the sand.