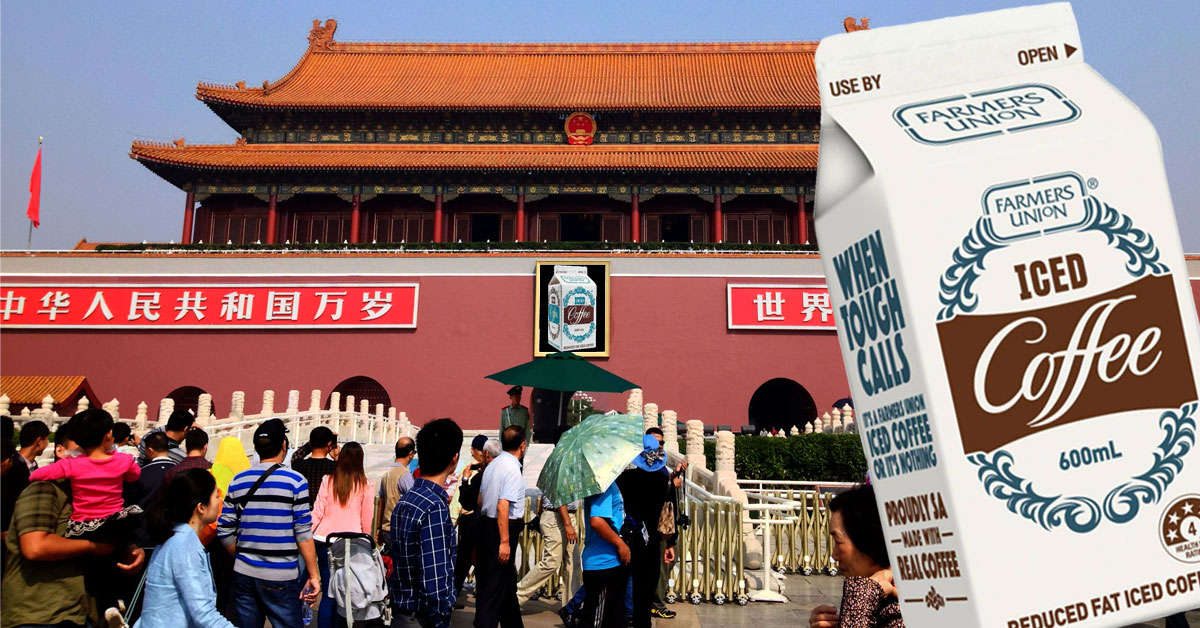 With the aftermath of 2008’s Chinese milk scandal still looming over parents’ minds across the country, one Chinese company has come across an inventive way to feed the nation’s infants without fear of contamination.

An Australian spokesperson from Mengniu Dairy explained how his company will push to have FUIC integrated into China’s national food guidelines, as has been done successfully in South Australia for decades.

‘We knew that Australia is in the middle of a childhood obesity epidemic due to sugary drinks such as FUIC. I’m told that in China, the word “obesity” is synonymous with “prosperity”. We could be responsible for a “prosperity epidemic”. Nobody can tell me that’s a bad thing!’

‘I’ll be boycotting em from now on. FUIC is supposed to be South Aussie’, said Angry Aussie from Klemzig, apparently forgetting that Farmers Union was already under Japanese ownership.

Back in China, the introduction of iced coffee into children’s diets has reportedly already led to a massive increase in the incidence of childhood diabetes. The Chinese government released a response saying: ‘This is the first we knew about this and any reports saying that we knew about this problem prior to the 2008 Olympics are simply false’.