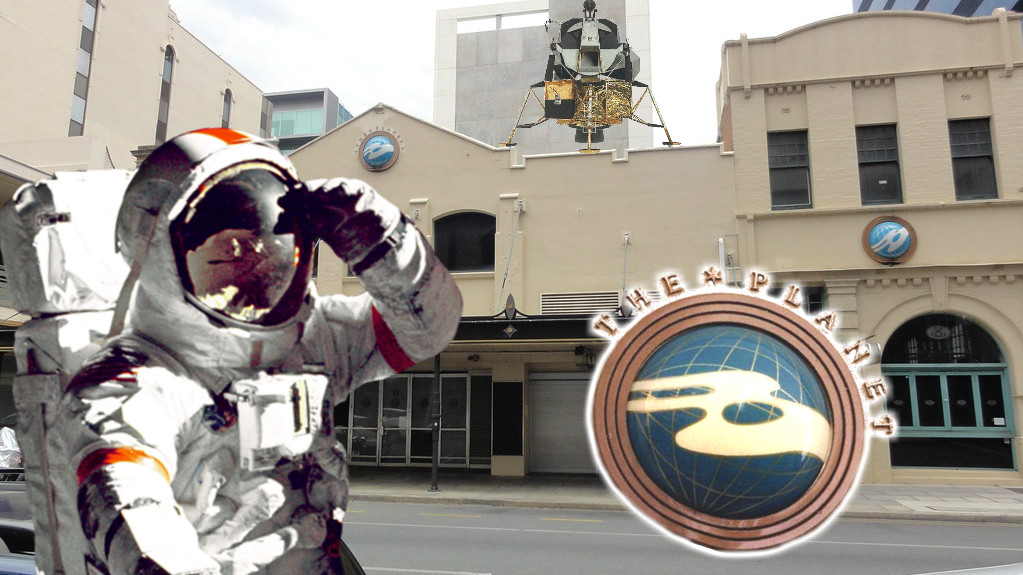 Since the establishement of South Australian Space Industry Centre, one strategic plan of the agency has been more important than the rest, exploring Planet Nightclub with the hope of re-establishing a civilisation there one day.

Having been shut, but still ‘there’, for over a decade now, space researchers have deemed The Planet an astrological wonder, in need of further exploration. Little is known about The Planet, situated in the Pirie galaxy, aside from the fact that researchers believe it was once populated by a herd of low-intellect species.

Spokeswoman for the Space Agency, Astra Nommy, Director of Intergalactic Planetary stated  ‘the growth of the space exploration industry in South Australia plays a key role in the State’s economic development, and what better place to start exploring than our very own micro-planet near Adelaide?’

Initial research has confirmed the once lively Planet species became extinct some time ago, leaving behind very few clues of how the Planet’s civilisation lived. Astra Nommy reports ‘from the large amount of Lemon Ruski and Midori relics found, this primitive species clearly sustained itself on large quantities of sugar and alcohol based fluids, along with trace elements of MDMA, also found in early surveys of the Planet’.

‘We also have reason to believe that the extinct Planet inhabitants were rather fond of dancing as a mating ritual. Old paper records found on the site have been deciphered and apparently masses would congregate on Wednesday night for what they called “Retro-Music”, this proves they were a young civilisation, as their interpretation of “retro” was only a decade before their extinction’ Astra continued.

With very little clues about what secrets The Planet may hold for space exploration, researchers are continuing to follow every possible lead they can, Astra commented ‘we found some primitive markings, closely resembling the English language on the Planet. Once deciphered, it led us to what appeared to be a contact number to call if the reader “wanted a good time”. Unfortunately upon calling the number, all we got is the message-bank of some guy called Sean Craig Murphy’.