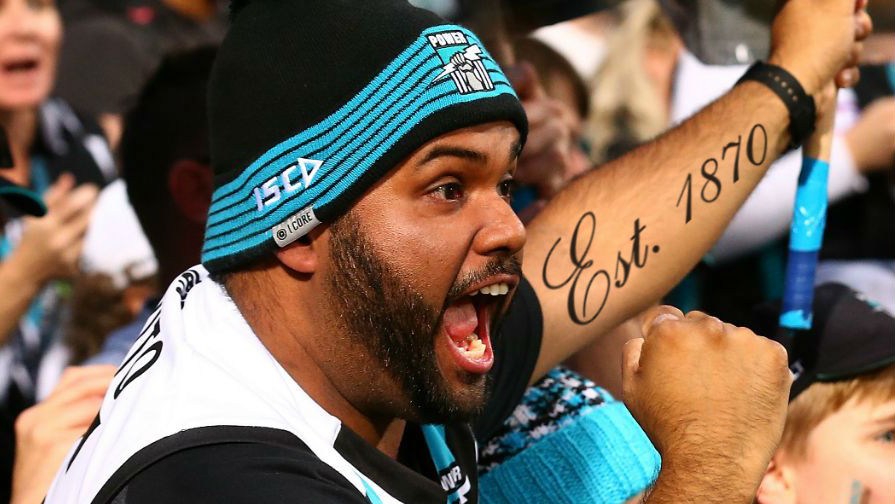 Albert Tonne is one of those ‘passionate’ Port Power fans, he attends most Power home games (unless it’s a little cloudy or the match will be televised), has several Port Adelaide tattoos, and can’t speak a sentence without mentioning the word ‘history’ (despite PAFC not being the oldest football club in South Australia).

The Power’s season off to a fantastic start with their first home game attendance filling a whopping 76% of Adelaide Oval’s capacity, and the Crows being in very poor form, Albert has certainly been on his high-horse this week.

‘Historically, we’ve always started seasons well’, stated an unprompted Albert ‘you just have to know a little bit about our history to know that, but these bloody Cows fans don’t know nothing about what history means to a club’.

Albert continued, to nobody in particular, ‘we’ve won the first two games, then some Crows yobbo on twitter says “early days, mate”, so I’m like “yeah, we know all about early days, our club has been around since the early days of time, learn some history!”, put him right back in his place’.

‘Then he brings up their premierships and regular finals appearances, and I’m like “I’m talking about this season, your team is playing terribly!” Seriously, these Crows fans need to stop living in the past and also learn some history’.

When quizzed about the SANFL Port Adelaide Football Club, Albert replied ‘yeah, obviously I’m a huge supporter of that club, because of their history and heritage. Just don’t ask me to name any players, know who the coach is, or how they’re performing without giving me access to Google first. They probably won the SANFL flag last year, because if you know anything about history, they’ve won pretty much every flag for the last 500 years or so’.