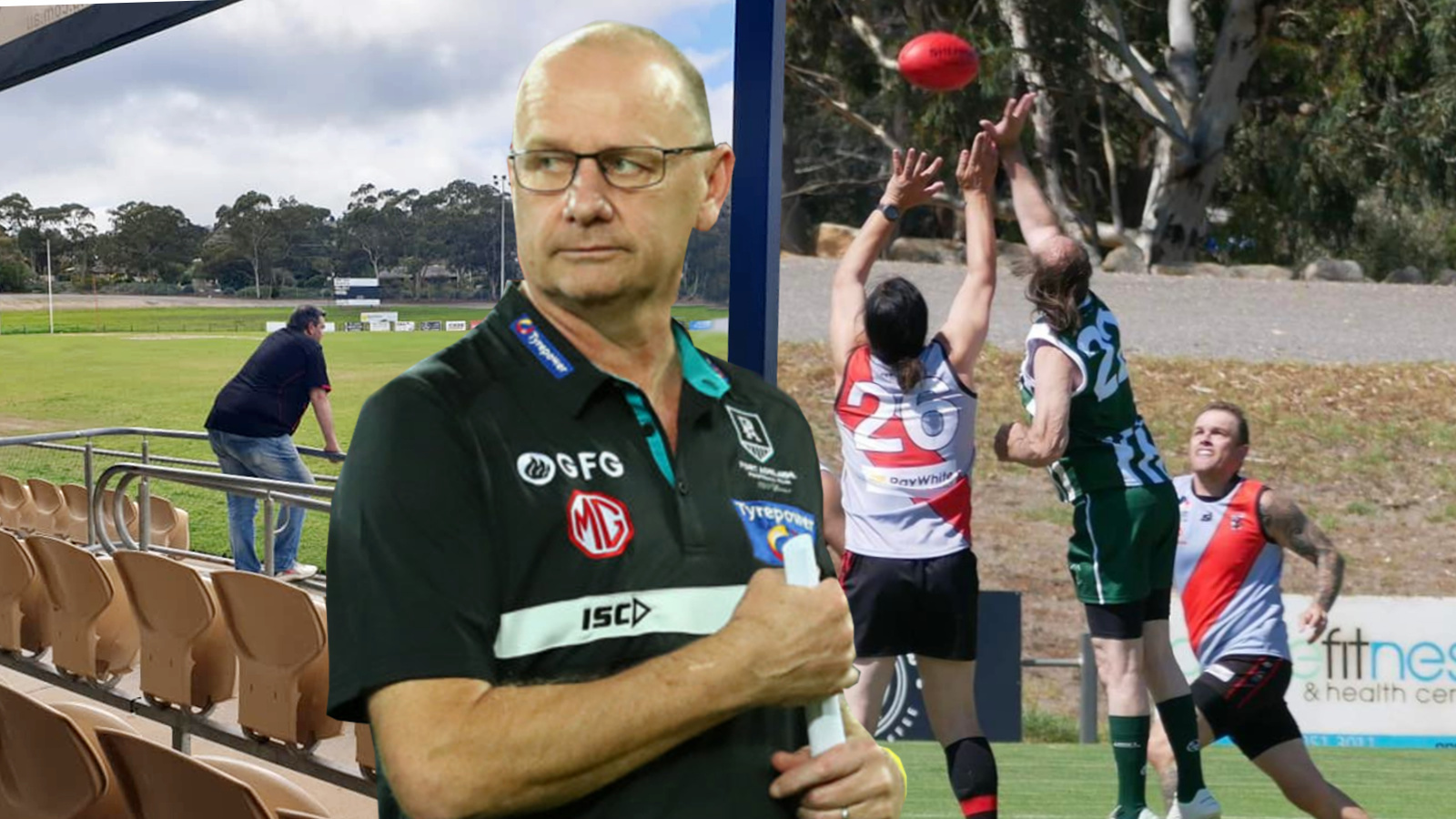 After starting the season with three straight losses including a Showdown loss against a team who “can’t handball and can’t kick”, Port Power coach Ken Hinkley has already began looking for more talented players to improve the team that many fans believed were Premiership contenders just weeks ago.

Ken has got straight to work scouting for better players than his current lineup, and has reportedly started in the most logical place possible – the Tea Tree Gully District Football Club over 35’s Masters squad.

Spotted with a set of binoculars, clipboard and an comically overflowing steak sandwich in the Gullies’ stands, Hinkley seemed impressed with the performance of some of older, slower, and most likely hungover men.

Scribbling notes such as “Barely competent, but still better than what I got”, “A fair few fumbles, but at least they just finish a game”, “One of the number 26’s is a mouthy and arrogant, the next Kane Cornes?” and “Extremely heavy bench rotation. Probably strategic”, Hinkley seemed impressed by the group.

Talking to nobody particular between mouthfuls of almost pure barbeque sauce, Ken was overheard stating ‘These guys are just what we need. Experienced, big bodied, and relaxed. In fact so relaxed, I think I saw one guy having a sneaky can and quick sleep on the bench’.

‘Also, Tea Tree Gully Football Club was established in 1862, and since history is all Power fans are holding on to at the moment, this will be the perfect transition. I might just take the whole squad’.

Ken was seen leaving the club after being seen trying to hand out his resume to whoever would take it, ‘just in case’.