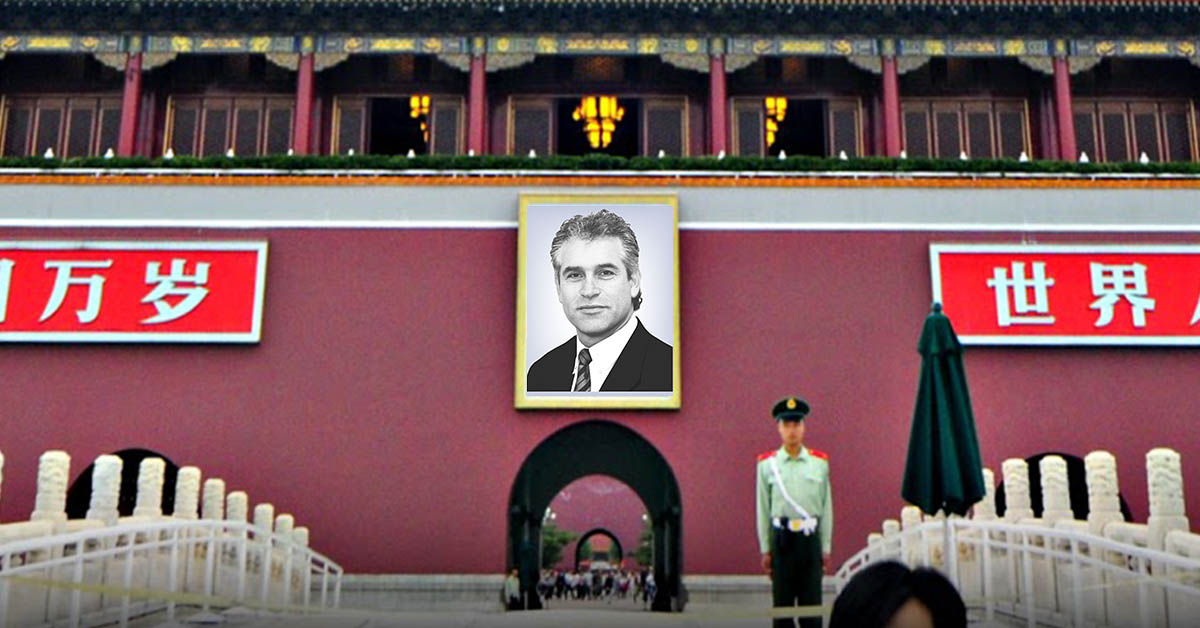 With Beijing’s city council facing financial difficulties — after one councillor reportedly blew the entire annual budget on premium Fortnite add-ons — the choice was made to lease parts of Tiananmen Square and the Forbidden City as commercial real estate.

Beijing City Councillor Ling Xiu told Adelaide Mail ‘I think the people of Beijing would be happy with the change…I guess. I don’t really know. But check out my new glider. And have you seen this? My avatar now kind of looks like the dad from “Everybody Loves Raymond!”’.

The famous Mao portrait will now be replaced with the equally-famous headshot of Adelaide’s Pasquale Mastrangelo alongside a “for lease” sign after the council opted to outsource the real estate contract to the SA-based company.

Mastrangelo declined an interview but provided the following statement:

Mastracorp are said to be pushing for a name change from the jarring ‘Forbidden City’ to something more commercially attractive such as ‘1 Tiananmen’.

For those interested, the online listing describes the premises as ‘a heritage office block in the heart of Beijing, with plenty of natural light and over 72 hectares of gross lettable space.

Airtight security in the form of a moat, armed guards and an 8 metre-high wall make this the perfect space for businesses attracting the ire of deranged nutbags, eg. talkback radio stations, tabloid newspapers or any TV show featuring Mark Latham’.

Adelaide Mail cannot confirm whether or not a photograph of Mastrangelo’s son, Dion will feature alongside that of his senior’s, as is tradition.