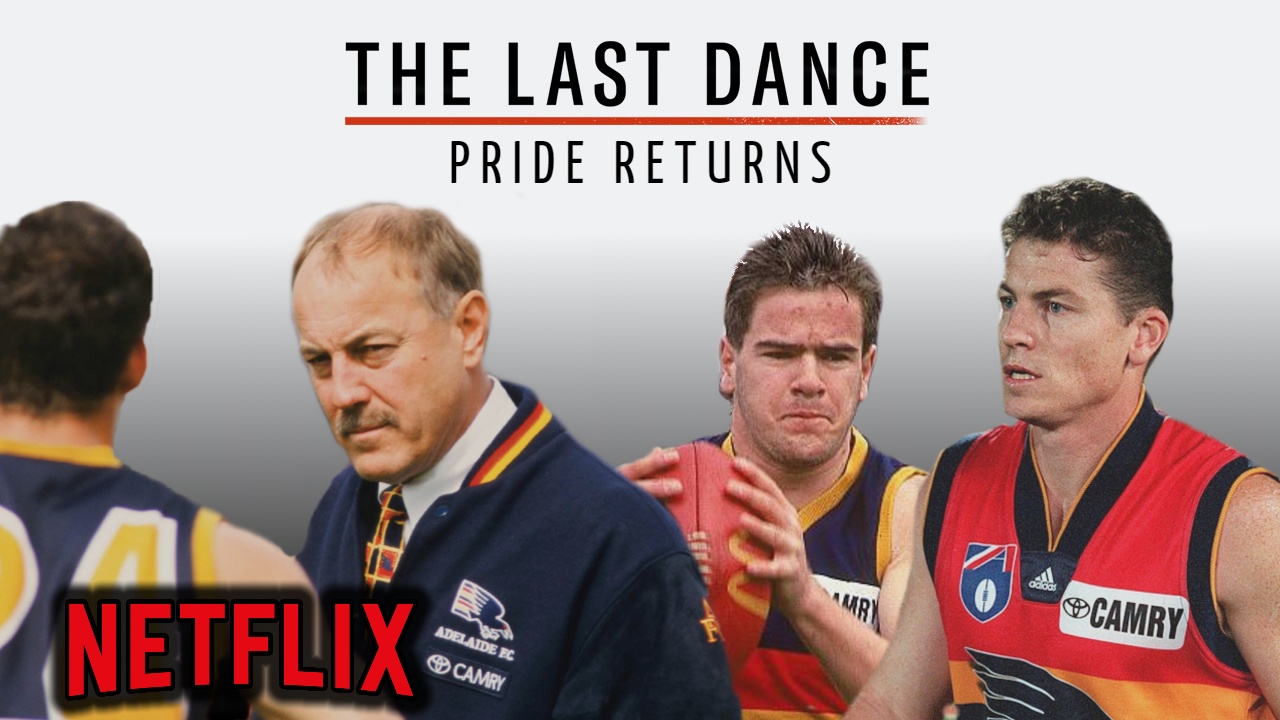 As ‘The Last Dance’ documentary series about the 1997-1998 Chicago Bulls wraps up, Netflix has announced another series will be released in 2021.

However, instead of covering the Chicago Bulls and NBA, this series will be focused on the 1997-1998 Adelaide Crows AFL team during their Premiership years.

Unprecedented access was given to camera crews during this time, however the vast majority of footage obtained was just Darren Jarman smashing Red Tins and meat pies, which to be honest is far more disturbing than it is interesting.

As the Chicago Bulls series brought back memories of the golden age for Adelaide Crows diehards, this seemed like the next logical step for Netflix.

Netflix subscriber and Crows fan, Sheridan Nay stated ‘Like many Crows supporters, I’ve been living off this former glory since I was a kid. So I can’t wait to see the behind the scenes action of the time’.

That behind the scenes action will reportedly include Matthew Robran continually facing unfair comparison to his father, Mark Riccutio losing his cool on-set of a Snickers commercial, half an hour of Toyota Camry ads, and a 50 minute episode covering the fallout of Malcom Blight’s “pathetic” comment.

Commentary will be provided from many former Crows players, especially Ben Hart, because it turns he’s currently not doing much else for the next six weeks

In a highly unusual move, the Netflix series will also be released on VCR to cater to the majority of Adelaide Crows fans.

Editor’s note: Thanks to Mat Hede for this headline idea. He does some great graphic design and branding work, so support a local and check out Take Heed Design.